The Wasps’ ‘togetherness’ and ‘willingness to fight’ 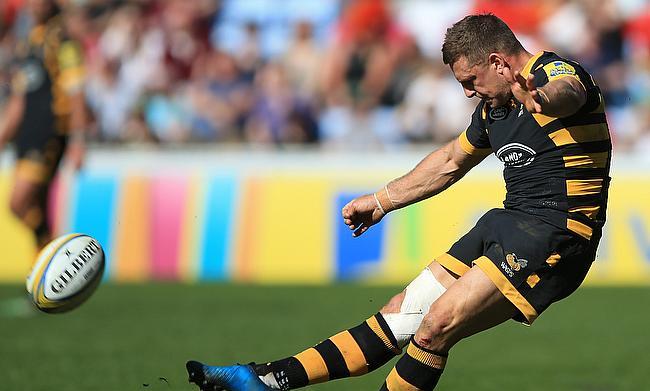 Wasps’ last game at home remains the only fixture that Lee Blackett’s team have lost since he took over.

Despite falling to a defeat against Sale Sharks, his side have since been able to pick up wins in difficult conditions against Bath and most recently, Saracens, at the Allianz Park. This run of results now means that the club are in the top four and just one point separates them and fifth-place Bath.

With just four days between their game at Saracens and tonight’s clash at the Ricoh against Leicester Tigers, players and coaches have scarcely had a day off as they look to secure a place in the playoffs. As a result, Blackett says that the playing group and staff have grown closer because of the extra time together.

“Really close, I think you are seeing that on the field,” Blackett said. “That’s why it is quite nice to watch, especially the way we have had to dig the last two games out. They were completely different scenarios. We made changes when we went down to Sarries and we are finding different ways to win and that comes from leadership, that comes from togetherness and a willingness to fight.

“I think sometimes as a coach, I have got to remember that I am a coach. I wanted to be in that moment, same as other people, because we are a fan of the game. They are the kind of fundamentals you want to see in your side. That’s the staff being tight and being one.

“They are very close at the moment, they are heavily driven, confident and enjoying themselves and we just need to keep backing up these performances and results to keep that going.”

For this game against Leicester, Blackett has made numerous changes to the side that beat the reigning champions as he welcomes back Kieran Brookes from injury whilst 19-year-old hooker Alfie Barbeary starts at blindside flanker.

Several more youngsters are in line to make appearances this evening as well and Blackett says that it is the young players driving the energy in training having been integrated into the squad this summer.

“It makes it really enjoyable as coaches when you are seeing guys that have come through the academy. It is getting everybody in the academy excited and even the younger guys, it is giving them motivation underneath, because they are seeing their friends getting opportunities and they know it’s not far away.

“If they show the improvement and the effort they have shown, then they will get the opportunity. It is showing them a pathway to playing first team and Premiership Rugby.”

The 2019/20 season has been a breakout one for Jacob Umaga. Still only 22, the young fly-half is starting again tonight against Leicester. He began his career with the Tigers as a youngster, before making the journey to the West Midlands in order to wear black and yellow.

Regularly playing with players years older than him, Umaga believes that time spent in the National Leagues with Hinckley prepared him well for life as a professional.

“Even being 18 and playing for Hinckley, you are still bossing around people who are 29, 30, plus,” Umaga said. “Just having the confidence to say to them ‘no, this is how we’re doing it’. I think in a lot of academy league games, you are playing against people your own age, so you are used to talking to people your own age.

“Then, you come up to play with people nearly twice your age and it does bring out another side of you that you don’t think you have.”

Umaga is someone that has hugely benefitted from game time in the Premiership. His efforts have garnered international recognition and with Owen Farrell’s recent ban for his tackle on Charlie Atkinson, there may be more opportunities for Umaga coming up.

With so many young players coming in to supplement Wasps’ efforts, Umaga believes this will only benefit them in the long-term.

“If you look at the likes of London Irish who brought through a load of players in the early days of the Watson brothers, Jonathan Joseph’s, your people like that, that is an example," he said. "Obviously there is a catch, you don’t want to throw them in too young and it ends up as sink or swim.

“I think the boys that have come in have done really well. Kieran Curran came in and made his debut at the weekend, he is 19, 20 and he is an absolute freak of nature. I think there is a level now for some of these boys where they are physically ready, it is just getting them enough game time.”

Umaga and his Wasps teammates kick-off against Leicester at 5:30pm tonight.