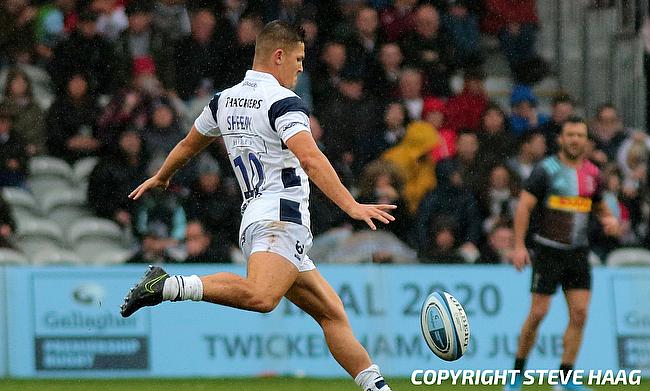 Bristol Bears came up with a seven-try performance as they trounced Northampton Saints 47-10 in the 19th round of the Gallagher Premiership at Ashton Gate.

The win has taken Bristol back to the second place in the table with 58 points while Saints' struggle post the resumption of the tournament continues as they are at sixth place.

England head coach Eddie Jones and his assistants John Mitchell and Simon Amor watched both the sides battle on Tuesday and it was the Saints, who got their first points with a fourth minute penalty kick from James Grayson.

Nevertheless, the hosts bounced back strong and went on to score three tries in a span of eight minutes. First it was Harry Thacker, who dived over the line at the back of a driving maul in the 10th minute and Callum Sheedy flicked to Alapati Leiua, who dotted down in the 15th minute.

The onslaught from Bristol continued as Ben Earl broke the defence of the Saints to send Andy Uren over the line in the 18th minute. Sheedy converted all the three tries as the scoreline became 21-3. Chris Boyd side's trouble compounded in the first half as they lost Hobbs-Awoyemi to injury in the 27th minute.

As Northampton's injury problem increased at the start of the second half, Josh Gillespie on his Premiership debut followed by Grayson's conversion gave them a glimmer of hope but Pat Lam's side seized the control at the start of the final quarter with Chris Vui (62'), Ben Earl (65'), Piers O'Connor (67') and Luke Morahan (71') all dotting down to complete a 37-point victory.