The support has just been amazing - Webb 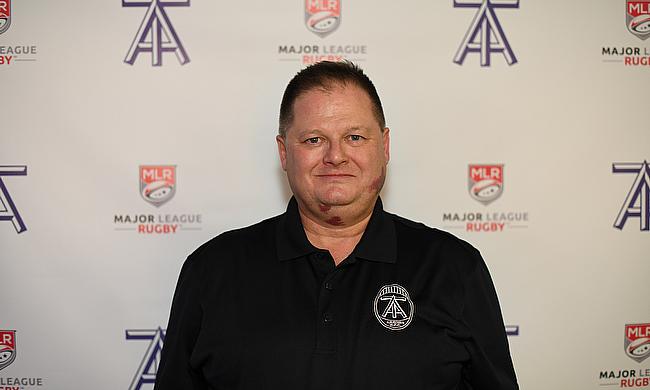 Stanford: MLR and US rugby heading in one direction
SaberCats aiming for more consistency ahead of MLR season
John Moonlight: 'Guys are going to realise that it takes a lot to be a professional.'
'We're looking to be the that factory of the Canadian national team' - Aaron Carpenter on the Toronto Arrows

“I wanted to hear from the girlfriends, the wives, the parents. You want to hear from all these people that they are behind this, because there is a heavy price. Guys are away, there are injuries, taking time off a career and it warmed my heart, because the support has just been amazing.”

Webb first became involved with the Arrows thanks to a request from Mark Winokur, who currently serves as the Arrows Vice-President and General Manager. Winokur invited Webb to an Ontario Blues game against the MLR-bound Glendale Raptors.

“Someone told me that Glendale were one of the top ranked amateur clubs in North America and the Blues trounced them,” said Webb. “A day later, I got a call saying that Mark wanted to speak to me, something had come up.

“He said that Glendale were shocked and they’d challenged us to a rematch, but they wanted us to go down to Colorado, but Rugby Ontario and Rugby Canada didn’t have the money available, as it came out of the blue.

Via @aedelhard ?? #OntarioArrows: The Rise of Canada's Next-Gen High-Performance Team

“But if we go down there the Commissioner and Deputy Commissioner of MLR were going to be there. He [Mark] asked what interest I had in professional rugby, so I said; I think it’s a huge missing link in the North American system.

Funding the Ontario Blues’ trip to Glendale to play the Raptors, Webb used the trip as an opportunity to talk to the owners of the club and MLR’s commissioner. From there, he became extremely interested in putting a Canadian team into MLR.

Opting to do an exhibition season before gaining admission to the league, Webb wanted to be thorough before evaluating whether or not to enter the league: “Nobody got paid. All they got was their travel, hotels, various expenses, but nobody was on a contract. We were challenging the players, their families, the staff, the sponsors, the fans. Everybody.”

Working in the financial services sector, Webb also serves as a board member for Rugby Canada and was a major reason that the Canadians didn’t get involved with the doomed PRO Rugby experiment in 2016.

The club put together a strong squad prior to the start of their first MLR season and Webb is extremely happy with the team that has been built by Chris Silverthorn: “85% of our team is Canadian. People that play the game know these guys, then they’re excited because there are all these new up-and-comers.”

Webb played rugby all the way through high school and university, before moving to London to work at the end of his education. Webb says that a tour to Wales with his high school was what really confirmed his love for the game.

“That was a really special thing at our high school. I’d never been to the UK and just getting outside of Canada, and North America, seeing the rest of the world opened my eyes to a lot of things. I loved the sport, I loved Wales, going to London for the first time. It just opened the world for me.”

Wanting to move abroad following the tour to the UK, Webb – who did actually play for Wasps’ third team for part of the 1986 season - says that his first inclination after finishing university was to go abroad. He was even coached by one of the men that brought rugby to Canada after the second world war.

“Rugby was brought to Brantford by a fella called George Jones,” continued Webb. “There were three Jones brothers and between them they started up about nine different clubs and they were there at the founding of the Ontario Rugby Union.

“I remember George once said, in his beautiful Welsh accent; remember boys, if you ever go anywhere in the world, always pack your boots and gum shield. Because if you run out of money, just go to your nearest rugby club and somebody will buy you a pint and probably find you a place to sleep.

Four games into their debut season in MLR, Webb believes that his team can definitely make the playoffs this season: “We want to make the playoffs, because we believe that we can and do our very best to win the championship. That’s not an unrealistic goal.

This weekend, the Arrows travel to Glendale, the place the journey started. Their first home game is on April 7th against the high-flying NOLA Gold.