Stanford: MLR and US rugby heading in one direction 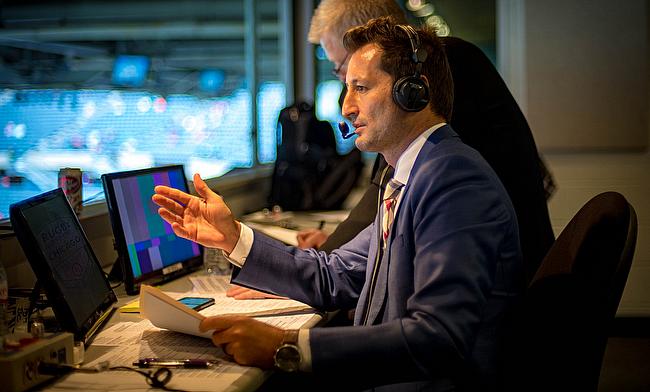 Major League Rugby: Round Two Review
SaberCats aiming for more consistency ahead of MLR season
'I wanted to get back into the sport I love' - Austin Elite's Zinzan Elan-Puttick on life in the MLR
Q&A with USA Captain Madison Hughes

“I was living near a soccer field and I would go there and practice my kicking after work. I’d be aiming at a lamp post, for the height and direction. People would walk past with their kids and ask what I was doing.

“There I was the following week in Wellington, at a packed Westpac Stadium and we needed a conversion to beat Kenya on the final play of the game. As the kick sailed over, I thought back to me practising on that field where not many people know rugby. Nowadays it’s all over television and the media.”

South African-born, Stanford initially went to the USA for six months after finishing college, purely to play rugby. After developing a passion for the seven aside game in Southern California, Stanford returned for a second time and on this occasion, he would also meet his future wife. Playing for the Occidental Olde Boys & Belmont Shore, Stanford’s life and rugby career was about to take a turn that not even he was expecting.

“We qualified for 7s Nationals, which is the top 16 teams in the country,” explained Stanford.

“For us at the time, it was just a massive honour to be there. We ended up having a superb tournament, beating teams with several current US Eagles and ended up coming fifth with just one loss.

“The US Sevens coach, Al Caravelli, invited a few of us to come to camp. My first reaction was that I was very honoured, but I was South African. Al said; yes, you are but, you are becoming an American citizen through marriage and you’ve been in the country three years or longer.”

Then came three years of representing Stanford’s adopted country on the HSBC Sevens World Series. After finishing his playing career, Stanford became the USA Rugby Media Manager at the 2011 Rugby World Cup in New Zealand and at the 2013 Sevens Rugby World Cup in Russia.

Since then, Stanford has moved on to be one of the USA’s most recognisable faces in rugby.

These days, Stanford commentates for World Rugby on the HSBC Sevens World Series and the Americas Rugby Championship, has called 35 internationals including the USA’s stunning Scotland last summer, as well as the weekly Major League Rugby fixtures.

“I started commentating in 2012 and that was another passion of mine. I thoroughly enjoy it, and try to bring the energy and excitement of the game to life.”

Heavily involved with MLR, Stanford believes that the league got off to a good start in 2018. “The first season was definitely a large success. The top four produced very exciting semi-finals and a great final as well. That’s what you want, a good on the field product.

“I think the general public are hungry for another competitive sport like rugby and can’t wait for the Olympics to get that fix. The HSBC Sevens World Series is fantastic, but of course there needs to be a domestic competition, which is also vital for the 15s programme too.”

22 #MLRugby players represented @USARugby and @RugbyCanada in the opening fixtures of the 2019 Americas Rugby Championship this weekend.

With two east coast sides added to the competition this season, Stanford believes this is good for rugby in the United States as a whole: “Now it’s a truly national game. Before, the big issue with competitions in the US, was that due to the cost of travel, there weren’t many competitions that did a good enough job of representing the whole country.

“One area of concern with Major League Rugby expanding quite quickly is player depth. The player pool isn’t quite there yet and if we are to expand with another three or four teams for 2020, the player pool really takes a hit.

“But, having experienced players like Ben Foden or Joe Pietersen and others, it lends credibility to the league. It also helps improve young American players coming through in pivotal positions. To learn from a professional like that, somebody that has so many international caps, I think that’s such a positive for the game and the league.”

With the Rugby World Cup quickly approaching, Stanford draws comparison to the professional Japanese league, the Top League, established in 2003, that has ultimately helped develop the Japanese national side, resulting in their historic victory over South Africa at the 2015 Rugby World Cup.

“If you look at Japan’s results, they had won one pool game in seven World Cups. Then came the 2015 Rugby World Cup, after professional rugby was well established in their country (12 years), and they won a record three pool games, almost advancing to the quarterfinals.

“Before Major League Rugby, most of the top American players applied their trade in the United Kingdom,” continued Stanford.

“Now that there’s the option to play professionally in the US, you’ll see more of the USA Eagles playing here and plenty more stars coming through. It’s only a matter of time before the US shocks the world at a Rugby World Cup.”