The Journey To Italy: Polledri, Negri and Sisi 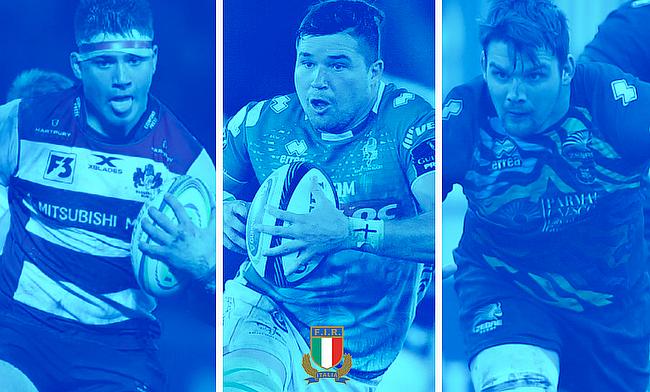 Since taking charge of the Azzurri in 2016 after a healthy six years with one of English club rugby’s most illustrious sides, Harlequins, Conor O’Shea has the Six Nations’ annual underdogs tag unobtrusively smouldering in the lead up to his third Championships at Italy’s helm.

Admittedly, they may not be banging their drum and claiming scalps as many either hoped or predicted shortly after the news of O’Shea’s appointment, but the noises from their two top-flight sides, Benetton and Zebre, are slowly transitioning from a bluster of mismatched brass instruments to a melody representative of a promising orchestra; relatively speaking.

While the former Irish international player and coach seems to have fully invested himself into transforming Italian rugby from the ground up - labours presentably paying dividends - some of his more eye-catching movements have caught the attention of the masses. Such movements come in the form of three exceptional pieces of talent scouting within English rugby’s lower leagues, profiting two of the nation’s standout stars, with a third set to follow.

A physically relentless, and importantly youthful, backrow trio of Jake Polledri (23), Sebastien Negri (24) and David Sisi (25) were plucked from varying levels of obscurity by O’Shea. The Irishman’s acute scouting has afforded the Italians two outstanding Test forwards and crucially, players able to get the better of their ‘Tier One’ counterparts on the gainline.

The most notorious of the three, Polledri, broke many English hearts with his choice to represent Italy last year, having burst onto the Premiership scene as a thoroughly entertaining flanker, able to compete with the gnarliest blindsides and efficacious number eights.

Just the one Premiership based player in Italy's Six Nations squad this year, Campagnaro of Wasps.

Real shame Jake Polledri is injured, such a brilliant player to watch. pic.twitter.com/Sc03OnbYKK

Born and bred in the West Country and the son of Bristol Rugby legend Peter Polledri (466 appearances), the now international star spent his time progressing through the ranks, turning out for Dings Crusaders, the Bristol ‘A’ team and Hartpury (in both National One and the Championship) before catching O’Shea’s attention with Gloucester.

Polledri’s brand of abrasive, never-say-die carrying is enough to capture the favour of even the most ardent Bath fan, proving himself to be one of the most destructive carriers across the Gallagher Premiership. No mean feat in a league fit to burst with Springbok backrowers.

Despite the outcries lambasting Eddie Jones and the RFU for failing to tie down the Red Rose and the perception of Polledri as ‘the one that got away’, Polledri’s journey through the English club system ran concurrently with his representation at U20 level for the Azzurri. In an era where project players and residency periods have become irksome for many a fan, Polledri’s choice to favour his Italian roots is a breath of fresh air in the modern game.

Given the pedigree displayed by Polledri in both the Premiership and Six Nations last year, fans from Galway to Rome ought to harbour feelings of grief with the youngster ruled out of the entirety of this year’s tournament with an ankle injury.

In a non-too dissimilar story to the rise of Polledri, Benetton’s burgeoning blindside Sebastien Negri is thankfully fit and firing in time for the Six Nations and looking to backup his short history of striking exploits under O’Shea.

Qualifying to play for Italy through his Milan-born father, Negri was spotted by O’Shea flogging his wares in the Championship, earning his Test debut before making his eventual step up to a full-time career in the Pro14 with Benetton.

Over the course of their 19-year history within the Six Nations, Italy have rarely possessed the type of firepower within their pack they can now boast. The latest addition to O’Shea’s [originally] English based talent comes in the considerable frame of former Bath man, David Sisi.

The German-born backrower come-lock struggled to establish himself as a regular starter during his first seven years within professional rugby, bouncing across five clubs from 2010 to 2017 before finding his eventual home in sunny Parma with Zebre.

Having been released by Bath in 2017 after four years with the club, having joined from London Irish, following spells on loan to the likes of London Scottish, Yorkshire Carnegie and indeed Irish again, the man mountain was presenting the unfortunate tell-tale signs of a player destined to exit the professional game. A road many a promising young athlete has followed in a highly competitive system and a demanding lifestyle.

Fortunately for fans, O’Shea and of course Sisi himself, his move to Italy after parting ways with Bath to join Zebre has profited international recognition. During his time with Bath, only current Leicester Tigers lock Will Spencer rivalled Sisi’s natural brute strength, with the duo often singled out by their Farleigh House (Bath’s training ground) comrades by virtue of their freakish might. To add further context, this was a squad that boasted the likes of Dave Attwood, Sam Burgess, Alafoti Fa'osiliva and Carl Fearns at the time.

For obvious reasons, Polledri’s Italian exploits will steal the headlines while Negri, and now potentially Sisi, will go on to bring the thunder for both O’Shea’s side and the club sides currently on the rise in the Pro14.

A healthy portion of kudos must be piled at the door of O’Shea for his nimble-witted selections, but one cannot help but feel this year’s tournament could mark the tone of his Italian tenure. With Polledri and firecracker fullback Matteo Minozzi ruled out, the substantial shoulders of both Negri and Sisi will have to pick up the slack this time around.