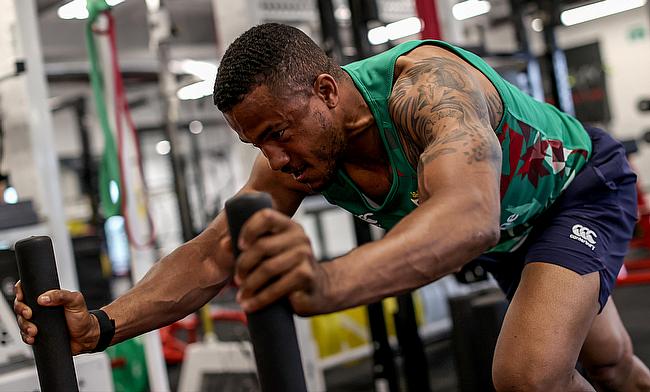 Anthony Watson is no stranger to Test week.

Having started all three matches against New Zealand in 2017, the 27-year-old is preparing for his second British and Irish Lions series as Saturday's first Test with South Africa draws ever closer.

The Bath star revealed the Lions players will know who is in and who is out of Warren Gatland's 23-man squad by Tuesday afternoon before attention turns to Wednesday morning when the Lions boss officially announces his team for their opener against the world champions.

"We are due to find out in a meeting this [Tuesday] afternoon before we go out for the afternoon session,” said Watson. “We should find out pretty imminently. This morning’s session was good. The backs, we went through our plays and we had some of our edge attack, edge defence, kicking game, that type of stuff but everyone was revved up.

"There is a different kind of aura around the place when it is Test week when everyone is trying to put their best foot forward in every moment in training. It was very good. It was competitive and I am sure this afternoon will be the same if not more ramped up.”

The back three is one of the most hotly contested positions in Gatland's side, with the likes of Josh Adams, Louis Rees-Zammit and Duhan van der Merwe all putting a marker down during the warm-up matches.

Full-back Stuart Hogg captained the Lions in their recent 49-3 victory over the Stormers whilst Liam Williams has been passed fit to play after completing his concussion protocols following a knock to the head against South Africa 'A' last Wednesday.

And Watson admitted whichever combination lines up on Saturday will be a strong one.

??"Let’s finish off with openside flanker, the most contentious position to choose. Almost as if I planned it..."

With the first Test just days away, take a look at who TRU think could start in Johannesburg on Saturday.

"With Liam and Hoggy at the back, they are both unbelievable players, probably up there with the best in the world in their positions," Watson said. "Then the same with the wings, all of them have different skillsets but are at the top of their game, but whichever way it goes, the guys who aren't playing will be supporting those that are and trying to prepare them as best they can.

"The back three is a very tight group. We all get along very well and are trying to help each other."

Whilst Watson is familiar with the build-up to a Lions Test, he also knows what it is like to face South Africa on the biggest stage.

Twenty months ago, he was part of an England side who were defeated by the Springboks in the World Cup final and he believes the Lions can learn a lot from that game.

He said: “The importance of the kicking game, that was huge in that World Cup final. We came out second best to them. They definitely dominated us in that area.

“Similar to the South Africa A game as well as the World Cup final, the start was huge. We didn't put ourselves in good positions in either of those two games and therefore found ourselves trying to claw our way back into the game, which is much more difficult against a team like South Africa."

As for the Springboks, they have already named their side for the first Test in Cape Town. Eleven of their World Cup winners will start on Saturday, including skipper Siya Kolisi who has recovered from Covid-19.

Winger Makazole Mapimpi and Ox Nche will also start after completing their own self-isolation periods, whilst fly-half Handre Pollard has been selected in a very strong squad named by head coach Jacques Nienaber.

South Africa were due to announce their team on Wednesday but moved it forward by 24 hours as the mind games continue between the two sides.

Asked about the Lions' opening training session on Tuesday, Jenkins added: “It was good. Everyone was excited. This is what we are here for. The Test series is just around the corner, so everyone was good. Every member of the party is looking forward to it and training has been good for the last couple of days and there is another session this afternoon.

"Strengths and weaknesses, we look at every aspect and every area where we can find a fraction of an upper hand. Test matches of this magnitude, there is a very thin line. There won’t be a great deal in the games. They are going to be very good and you look for any fraction you can get that can get us over the line."

Meanwhile, South Africa Rugby and the Lions have confirmed that an agreement has been reached to conclude the series in Cape Town.

It was scheduled to return to Gauteng following the first Test on Saturday, but the decision to remain in Cape Town was made following 'extensive consultation with medical experts on the risks associated with the delta variant of Covid-19.'