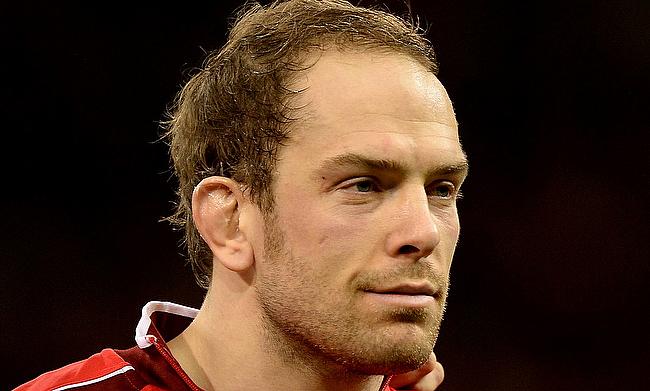 Wales skipper Alun Wyn Jones has been restored the captaincy of the British and Irish Lions ahead of the Test series against South Africa following a successful comeback in the recently concluded tour game against Stormers.

Jones, who is the most capped player in international rugby sustained a dislocated shoulder during the warm-up match against Japan played at Murrayfield Stadium last month and was expected to miss the tour of South Africa.

However, the 35-year-old made a stunning recovery and headed to South Africa on Thursday and was named on the bench during the encounter against Stormers on Saturday at Cape Town Stadium where he played for 27 minutes without showing any discomfort.

"He put a few shots on, he defended well and there were a few touches," said Gatland. "The big thing for him was to get through that period and see how he was afterwards.

"I have not really spoken to him to see how the lungs are, but I know how hard he was worked over the last year.

"He has really been exceptional in the way he has prepared for this tour. It was a shame he copped that injury, but it is great to have him back".

In the absence of Jones, Gatland had named Conor Murray as the skipper for the South African tour but with a successful comeback against Stormers he will take over as the tour captain from the Irish scrum-half.

"Alun Wyn has come back into that role. Conor is comfortable with that, which is a measure of the man," added Gatland.

Lions went on to score seven tries during the game against Stormers to round off their preparations for the Test series against the Boks with a 49-3 victory and Gatland was pleased with the result.

"A lot of players put their hands up tonight," he said.

The opening Test between South Africa and Lions will be played in Cape Town on 24th July.