South Africa will be ready to take on Lions - Handre Pollard 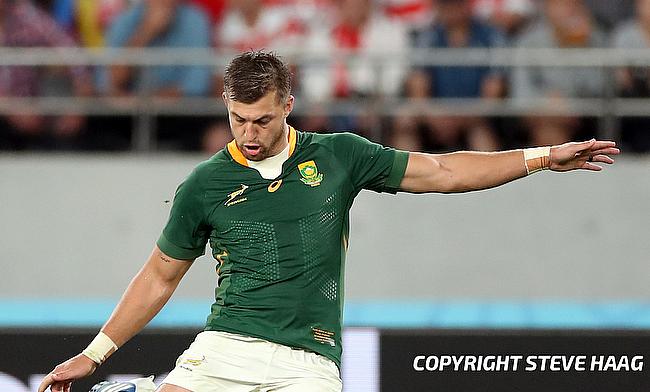 South Africa fly-half Handre Pollard is confident of his side's chances in the upcoming Test series against the British and Irish Lions that kicks-off on 24th July.

The statement from Pollard comes despite uncertainty around skipper Siya Kolisi, who was tested positive for Covid-19 on 11th July. The 30-year-old will undergo a medical assessment on Monday which will ascertain his participation for the Saturday's game at Cape Town Stadium.

“There is no way we are not going to be ready, playing against the British & Irish Lions, playing for your country,” said Pollard.

“Emotionally, physically we are all fine. We’ve had hard weeks of training. The way we train is harder than the game, so we’ll be ready for whatever comes our way on Saturday.”

The Springboks endured tough time with Covid-19 with 14 players including Pollard and six staff members tested positive forcing the second Test against Georgia to be cancelled.

“I didn’t have any symptoms so I got back to training pretty quickly," added Pollard.

"Physically I’m OK. It was very strict once we went into the Covid-19 wing of the hotel. T

"The first five, six days were spent in the room, giving your body time to fight whatever it’s got to fight. Then we were provided with the necessary gym equipment in our rooms.”

The second and third Tests will be played on 31st July and 7th August respectively at FNB Stadium in Johannesburg.