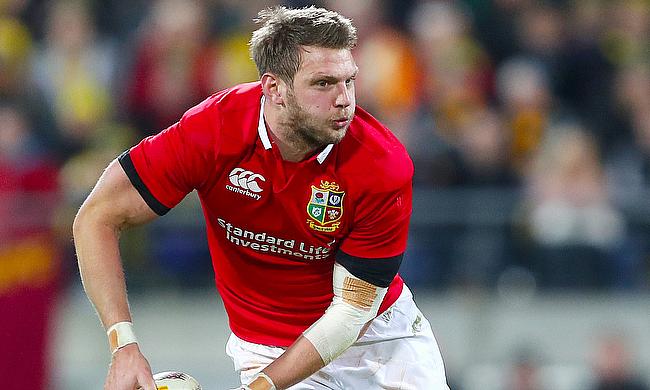 Dan Biggar is expecting a stiff challenge from the Springboks
©PA

South Africa will be ready to take on Lions - Handre Pollard
Scots proving worth for Lions test starts
Siya Kolisi racing against time to be available for first Test against Lions
Can Morne Steyn roll back the clock against the British and Irish Lions?

British and Irish Lions fly-half Dan Biggar has urged his side to be prepared for the physical challenge from South Africa as the two teams lock horns in a three-match Test series kicking off on Saturday at Cape Town Stadium.

The Springboks will be brimming with confidence following their World Cup triumph in 2019 but their preparations for the Lions series was disrupted by a Covid outbreak in the camp forcing the second Test against Georgia to be called off.

The Lions' only defeat in the ongoing tour came against South Africa 'A' which had 16 players from the World Cup winning squad giving Warren Gatland's men some indication of what to expect in the Test series and Biggar wants the visitors to be prepared for the challenge.

“What’s impressive about South Africa is you kind of know everything they’re about to throw at you, but it’s still very difficult if they do it well, or you’re a little bit off or lose a couple of collisions, to get back on top of them,” Biggar said.

“That momentum is huge for them. It’s about staying in the arm wrestle for as long as possible, not giving them anything cheap and then taking your chances when you get them.

“Everyone who plays against South Africa knows what they’re going to present. It’s just making sure you’re physical and patient enough to stick in there.

“You’ve got to match it first and foremost. Unless you match it, you’re in a bit of trouble really. You’re going to get overrun.

“I’m not saying like for like – hopefully there’s an opportunity for us to move the ball a little. First and foremost, it’s about making sure you play in the right areas and take your chances.

“We’ll have some plays up our sleeves to target some areas which we see as weaknesses.

“But ultimately, when you play this team, you know you’ve got to bar up physically otherwise everything you’ve planned goes out the window.”

Following the first Test on Saturday, the second and third game will be played at FNB Stadium in Johannesburg on 31st July and 7th August respectively.