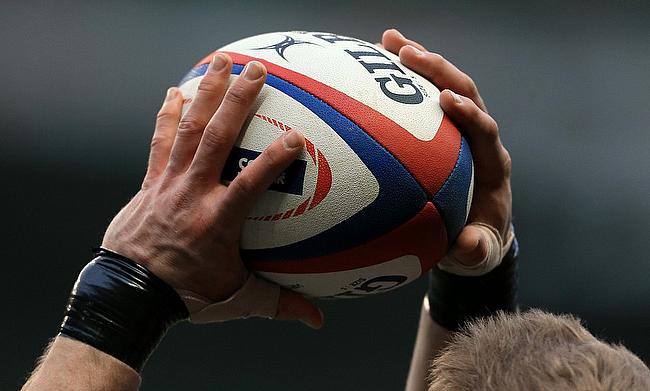 Team England Men Sevens will face New Zealand in the semi-final of the tournament after topping their pool at the Commonwealth Games on the Gold Coast.

England ran in six tries as they started their tournament in impressive fashion at the Robina Stadium with a 38-5 victory over Jamaica before a 33-0 win over Samoa.

Against hosts Australia in the pool decider they won 26-17 to progress to the medal side of the competition.

England's semi-final will be at 02:43 BST on Sunday 15 April which will be available on the BBC.

England started the tournament in impressive fashion and opened their account inside the opening two minutes as captain Tom Mitchell and Dan Bibby combined for Mitchell to score following a Jamaica sin bin in the opening moments.

Dan Norton scored an opportunistic try for England's second, Harry Glover's smart work from the restart got the third before Mitchell's pace saw them establish a 26-0 lead at half-time.

Ollie Lindsay-Hague's superb step saw him score the first try of the second-half before Jamaica crossed. However Norton's second saw Simon Amor's side extend the lead and secure a comfortable 38-5 opening win.

England were at their most ruthless in their second game as they faced Samoa, to make it two wins from two.

Captain Mitchell was again among the try scorers as England ran in four in the first half with two from Dan Bibby. Harry Glover also crossed to secure an impressive 26-0 lead at half time.

Samoa's defence improved after the break but Lindsay-Hague's second in two games was England's fifth for the match. With four of those converted, England won the match 33-0.

In front of a home crowd, Australia put early pressure on England’s try line and were rewarded when Charlie Taylor dived over.

Norton's clever footwork out wide created a gap which he burst through as England levelled the game.

After Tom Mitchell was adjudged to have knocked the ball on deliberately and sent to the sin bin, the hosts quickly scored a second try. However despite being a man down Alex Davis broke the host’s defensive line to race in and the game was evenly poised 12-12 at the break.

Ruaridh McConnochie's score gave England the lead for the first time but Tom Connor's try for Australia saw the game get to within two points, before Harry Glover's break and offload to Davis for his second secured the victory.

“It’s a great opportunity to take part here in the Commonwealth Games – we’ve been excited about it for a long time so it’s great to get out on the field and do what we came to do in front of what is an amazing crowd,” said Tom Mitchell.

"Australia was always a game, as soon as the draw was made, that we were excited about.

"As a group we love these experiences and we knew it was going to be difficult against the hosts and their amazing home support but we loved every second of that and we scrapped it out.”

Alex Davis added: “Our willingness to fight for each other, effort on effort is one of the big things we pride ourselves on and I think that really showed in that last minute effort on their line.

"Whoever we come up against in the semis is going to be a challenge but obviously New Zealand are always a strong team on the circuit.

"We're excited about the group of players we have representing Team England and I'm sure we'll go out there and do England proud.”