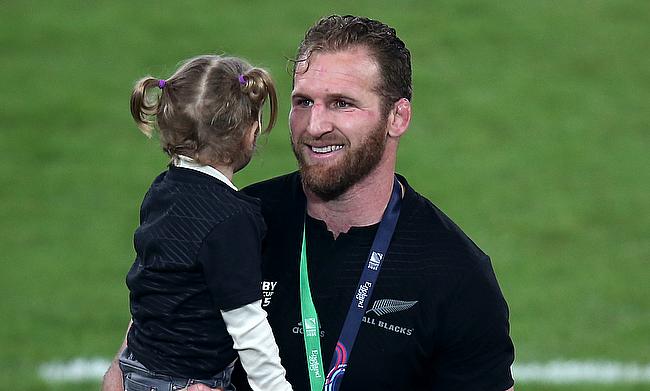 The Chiefs thrashed the Western Force 53-10 in Hamilton on Saturday to secure their fourth victory of the 2016 Super Rugby season.

Charlie Ngatai crossed the whitewash four times for the home side as they outscored their visitors by nine tries to one to clinch their second try bonus point for the campaign.

Full-back Damian McKenzie did not have his best night with the boot but crossed for two tries - including rounding off an outstanding 90-metre team move for the first.

Michael Leitch, Toni Pulu - on his Super Rugby debut - and James Lowe also posted scores for the New Zealand side. McKenzie added the extras on two occasions, with one conversion for Stephen Donald.

All the Force's points came in the first half, before the Chiefs ran riot after the break. Ben Tapuai scored their only try - converted by Peter Grant, who also contributed a penalty.

The visitors were 13-0 up at the break, thanks to Rob Thompson's 21st-minute try - converted by Lima Sopoaga - and two Sopoaga penalties.

The hosts troubled the scoreboard operators for the first and only time six minutes after the restart when Jack Debreczeni slotted a penalty, but it was one-way traffic thereafter.

Jack Wilson and Patrick Osborne crossed for further tries - Sopoaga adding the extras on both occasions - as the Highlanders romped home with a bonus point and climbed to second place in the New Zealand Conference.

The Japanese Sunwolves suffered their fourth straight Super Rugby defeat with a 30-27 loss to the Bulls.

Having taken a 7-0 lead through Andrew Durutalo's try and Tusi Pisi's conversion, the Japanese side found themselves 16-10 behind at half-time as three penalties from Tian Schoeman and a successfully converted first try of the season from Adrian Strauss put the Bulls in control.

An early second-half try from Roelef Smit - with Pisi again converting - gave the South Africans some breathing space, but Sunwolves hit back with Akihito Yamada going over to add to Pisi's earlier penalty to make it 23-20.

Jamba Ulengo's try and Schoeman's conversion gave the Bulls a 10-point lead, with a touchdown from Yuki Yatomitri, which beat the hooter, making it 30-27.

Brumbies back in business with victory over Cheetahs in Bloemfontein

The Brumbies got back to winning ways in Super Rugby with a comfortable 25-18 triumph over the Cheetahs in Bloemfontein.

Stephen Larkham's side surged into an early lead through Ita Vaea's try and five points from the boot of skipper Christian Lealiifano, before the hosts hit back via Uzair Cassiem's neat finish and a penalty from Niel Marais.

When the hosts had prop Ox Niche sent to the sin bin the Brumbies reasserted their dominance, with Aidan Toua crashing over in acres of space to make it 15-8 at the interval.

Lealiifano stretched their lead with an early second-half penalty, before Ben Alexander scored the decisive try after 57 minutes, with Matt Toomua adding the extras.

A try bonus point looked inevitable for the Brumbies, who lost to the Stormers last time out, but the Cheetahs rallied and instead earned a losing bonus point themselves as Sergeal Petersen crossed over with six minutes left and Marais added the conversion and a last-minute penalty.

The Crusaders ended the Sharks' reign as the only unbeaten Super Rugby side with a 19-14 win in Durban.

Skipper Kieran Read got the crucial try for Todd Blackadder's side by crashing over after 15 phases of patient rugby in the 71st minute.

Prior to that it was tough to call as Lwazi Mvovo's brace for the Sharks, both converted by Joe Pietersen, was cancelled out by scores from David Havili, converted by Richie Mo'unga, and Nemani Nadolo.

Both sides thought they had stolen the initiative in the second half only to be frustrated by the TMO, with Johnny McNicholl's effort scrubbed off for a foot in touch while Willie le Roux's break for the Sharks did not count because he was ahead of the kicker.

Read stepped up to get the Crusaders over the line in their first away match of the campaign, with Nadolo adding the conversion, and the hosts were unable to find an answer.

The Stormers clinched their fourth win in five Super Rugby games by beating the Jaguares 13-8 in Buenos Aires.

A great solo effort by Cheslin Kolbe - coupled with the kicking of Kurt Coleman who finished the game with eight points - helped the Stormers build up a 13-3 lead.

Jeronimo de la Fuente's try right on half-time brought the Argentinians back into the contest but a scoreless second half kept up the Stormers' fine start to the season.

The New South Wales Waratahs edged the Queensland Reds 15-13 in a tense Super Rugby tussle at the Suncorp Stadium.

Two tries from Israel Folau and a conversion and penalty by Bernard Foley were enough to earn the visitors the win.

The Reds had taken an early lead through a penalty try awarded for continued infringements at the scrum. Jake McIntyre tagged on the extras and his two second half penalties had put his side 13-12 ahead until Foley decided the result with his penalty with 12 minutes remaining.