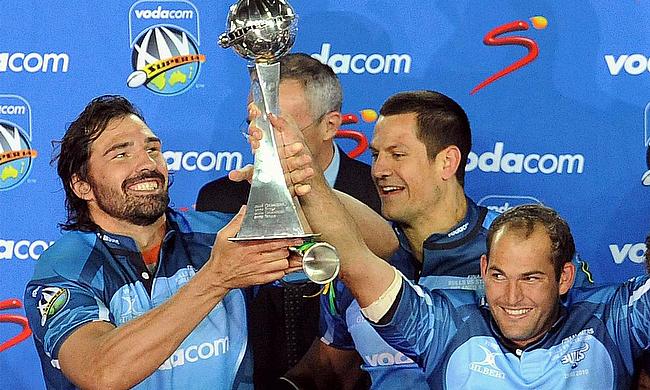 The Bulls winning the Super Rugby title in 2010
©Bulls

It feels a long time ago that the Bulls were lifting back-to-back Super Rugby titles in 2009 and 2010 and the truth is, no South African franchise has looked remotely like lifting the southern hemisphere’s greatest club prize since.

The Sharks may have made it to the final in 2012, but they were handed a rugby lesson by the imperious Chiefs, falling to an embarrassing 37-6 defeat, which helped repair damage in Waikato for the 61-17 humbling the Bulls imposed on them three years previous.

The Bulls and Sharks were then subjected to semi-final defeats in 2013 and 2014 respectively, while last year the Stormers, the sole South African side to make to the postseason, were unceremoniously dumped out of the competition by the Brumbies at Newlands, during the wild card round.

With the rand continuing to plummet and plenty of South African rugby players moving to the lucrative pastures of Europe, do any of the South African franchises have a realistic shot at the Super Rugby title in 2016?

With all due respect to the reintroduced Kings and struggling Cheetahs, both franchises can be ruled out of the discussion immediately. Neither team has the quality or the depth to make a significant run on their own divisions, let alone hope to make an impact in the postseason.

Johann Ackerman’s Lions were impressive last season and have the advantage of not having lost many players during the offseason. That consistency and chemistry should help the Johannesburg-based franchise, especially during the opening rounds of the competition when many other teams will be experimenting with combinations.

Their set-piece is well-drilled, they have difference-makers in the back row, the half-backs are effective and their centres are extremely underrated. They’re a team no one will want to face at Emirates Airline Park (Ellis Park), but to ensure home advantage they will need to win the Africa 2 conference, which also consists of the Jaguares, Kings and Sharks.

If the Jaguares hit the ground running in Super Rugby, they could take top spot in Africa 2, but if they don’t, the Lions biggest competition will come from the Sharks.

Gary Gold has snapped up Willie le Roux and Coenie Oosthuizen from the Cheetahs, while they have a group of extremely talented young players ready to become Super Rugby regulars. They may boast the eye-catching names which the Lions currently lack, but are they as consistent as the Lions? Neither side looks capable of going all the way to the Super Rugby final – especially if they have to travel to New Zealand or Australia in the semi-finals – leaving the Stormers and Bulls to shoulder the burden of South Africa’s expectations.

Unfortunately, with both teams in the Africa 1 conference, only one of the two sides can have home advantage in the first round of postseason. They are joined in Africa 1 by the Cheetahs and Sunwolves, neither of whom are likely to be able to make a significant run on the playoffs.

In fact, with just the two Africa conference winners plus the best runner-up making it to the postseason, there’s a good chance only one of the Stormers and Bulls will qualify. Can the Stormers maintain their momentum from last season or will the Bulls be able to develop a more expansive style to their game and take charge of Africa 1?

Both teams have the capability to go on the road to Australia, New Zealand or Argentina and win, but to do so, they need to play more ambitiously than they have done so in the past, without throwing caution to the wind and playing recklessly. The likes of Damian de Allende and Jesse Kriel are as talented as their Australasian counterparts but need to be given a licence to play.

Both sides have set-pieces capable of causing those Australasian sides problems, but as we’ve seen before in Super Rugby, a dominant set-piece doesn’t always guarantee victory in the competition.

The ace up the sleeve of the South African franchises is that with the Kings, Cheetahs and Sunwolves in their two conferences, the quality of opposition they will face week in, week out is unlikely to be as high as it is in the Australian or New Zealand conference. If one of the Stormers, Bulls, Lions or Sharks can separate themselves from the pack, they have a really good opportunity of taking the number one seed overall, and ensuring home advantage for as long as they are in the playoffs.

In 2016, teams from Africa 1 will play their fellow Africa 1 sides home and away and the Africa 2 teams once – as is the now standard format – and will also play the teams from the Australian conference, which arguably includes more beatable sides, such as the Force and Reds, than the New Zealand conference. If the Stormers or Bulls can cash in against the lesser sides in the South African and Australian conferences, and then perform well against the better sides, they could have their eyes on the number one seed.

It’s more than likely this year’s winner will come out of the New Zealand or Australian conference, but there is definitely a path for the Stormers or Bulls if they can capitalise on the fixture lottery that has been presented to them this season.

With the rand worsening and the player exodus increasing, this may be the best shot a South African franchise has for some time.