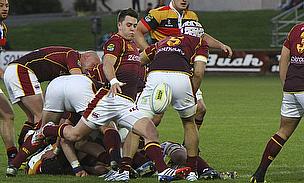 The 2014 Super Rugby season kicks off on 15 February and once again the fifteen Franchises from the Southern Hemisphere will battle it out for the coveted Super Rugby Trophy.

This years competition may prove to be one of the most exciting and exhilarating in its’ history, with every team boasting world class players. No other club competition in world rugby can boast the likes of Aaron Cruden, Israel Folau, Kieran Read, Kurtley Beale, Jean De Villers & Ben Smith. Not to mention rising stars such as Charles Piatau, Willie Le Roux, Patrick Lambie, Liam Gill, Ardie Savea and Beaudan Barrett.

You can guarantee that the hits are going to be more brutal, the offloads more audacious and the try-scoring more extravagant, so buckle yourself in, it’s going to be one hell of a ride.

In this first part of three instalments we’ll take a look at how the South African Franchise are shaping up.

The Stormers will have some big names missing from their roster when the 2014 season kicks off. The likes of Andries Bekker, Bryan Habana, Joe Pietersen and Elton Jantjes have all left the franchise and have not been replaced by any big name signings. The loss of each player will be significant for different reasons; Bekker for his line out prowess, Habana for his try scoring, Jantjes for his attacking play and Pietersen for his point scoring ability (he scored 170 points in 2013). Flanker Schalk Burger will be hoping to impress for the Stormers this season and force his way back into contention for a Springbok jersey. If he can recapture some of the form that made him the 2004 IRB World Player Of The Year then it could be a very real possibility. Burger should make a good flanking partner to marauding openside Siya Kolisi. Youngster Kolisi has been in magnificent form in pre season, collecting two tries in the Stormers win against the Bulls. Head Coach Allistair Coetzee will look to inspirational captain and centre Jean De Villiers to fire up his team, the current Springbok number 12 truly is a class act; his try scoring, link play and game management are out of this world. De Villiers will however be without his centre partner Juan De Jongh, for he’s been ruled out for up to 6 weeks with a knee injury. Don’t expect the Stormers to win silverware this season but they still have a roster that’s capable of claiming a few big name scalps in 2014.

The Bulls will be barely recognisable from the team that took the field last season, after major restructuring of the 2014 roster. Big name Springboks have left the franchise and these losses could leave the Bulls short of quality in some areas. Possibly the biggest loss will be that of outside half Morne Steyn, he scored 248 points in Super Rugby 2013. The job of replacing Steyn will go to Jacques Potgeiter and Louis Pollard, both recent signings. Another recent signing that could make a massive impact is the return of Springbok legend Victor Matfield. The massively experienced lock is returning to the Bulls after a 2 year retirement from the game. His lineout skills are impeccable and they will be much needed after the Bulls lost Juandre Kruger and Wilhelm Steenkamp after they left the franchise. The Blue Bulls will be once again led by number 8 Pierre Spies, who says that he is not daunted by the loss of so many key players. He was quoted recently saying “We have lost a number of senior players and that was not ideal, but the benefit of that is that a new energy and heaps of young potential has now come into the side”. Head coach Franz Ludeke will not be too disappointed by the 26-19 preseason loss to the Stormers, a game in which the Bulls suffered a serious setback by losing flanker Arno Botha to a knee injury that is likely to keep him out of action for the whole Super Rugby season. One of the most exciting prospects for the Bulls this season is the centre pairing of Jay Serfontein and JJ Englebrecht. Their partnership in 2013 was truly impressive and they complimented each other well in defence and attack. The Blue Bulls may struggle to progress to the semi-finals as they did last year and the knockout stages may even be a step too far, but they’ll still be difficult to beat, especially at home.

The Lions return to Super Rugby this year after their tight play off win against the Southern Kings in 2013. Whether they can make an impact on this year’s tournament is highly questionable, as they have more often than not struggled in Super Rugby in previous seasons. Head Coach Johan Ackerman is promising that his side will play an expansive style of rugby, so you can almost guarantee that any game involving the Lions will be highly entertaining. Ackerman will be hoping new signing’s Willie Weepener, Franco Van Der Merwe and Elton Jantjes can inspire the rest of the squad to shock a few of the other franchise this year. The Lions attempts to play expansively are exciting to spectators but have often got the team into trouble in years gone by. The Johannesburg based franchise will however be buoyed by recent pre season wins against the Kings and the Leopards, but these wins have come at a cost. They have suffered a double blow by losing Full back Andries Coetzee (knee) and lock Rudi Mathee (arm) to serious injuries that are expected to keep them out for the majority of the season. Expect to see the Lions at the bottom of the overall standings after the regular season matches, it’ll be fun watching them though.

Possibly the biggest signing of the off season was the Sharks signing of former Brumbies coach Jake White as their Director of Rugby for 2014. White worked wonders last year by guiding the Australian Franchise to the 2013 final where they just missed out on the Super Rugby Trophy after losing by a narrow margin to the Chiefs. Sharks fan’s will be hoping that the World Cup winning ex Springbok coach makes the same sort of impact with their team after a disappointing campaign last season that saw them miss out on the knockout stages. He will also get plenty of support from his ex Springbok captain John Smit who returns to the club as the CEO. The Sharks are led by combative Springbok hooker Bismarck Du Plessis; many pundits choice as the best Hooker in world rugby. His fearless ball carrying, tackling and organisation skills are to be admired and you feel that White will be looking for Du Plessis to inspire the rest of the team. Bismarck will have plenty of back up from his forward pack as well, with Matawaira, Alberts, Kankowski and Keegan Daniel to name but a few. Much responsibility will fall on the shoulders of talented youngster Pat Lambie. He will again be expected to kick the Sharks points and is also one of the main attacking threats in the side. The Sharks will dominate many teams through their large and powerful forwards in 2014 – whether this will be enough to make them title challengers is doubtful. With White overseeing the franchise, who knows, he could be the catalyst for a spectacular revival.

Cheetahs Head coach Naka Drotske will be praying that his side can repeat their heroics of 2013. His highly unfancied team were able to qualify for the knockout stages and were highly impressive on their journey to the last eight of the competition. Led by inspirational Springbok hooker Adrian Strauss, the South African franchise were able to play a brand of rugby that was both effective and exciting to watch. Much of the excitement came from centre/full back Willie Le Roux: his incisive running, pace and eye for a gap created many a try for players around him, whilst he also scored 6 tries himself. One of the players that benefited from his attacking enterprise was Raymond Rhule, the strong running winger also collecting 5 tries in 2013. The forwards are not to be underestimated, skipper Strauss playing a massive part in the effectiveness of the team. His ball carrying skills and energy were the spark to ignite the flame in the Cheetahs side, the hooker often topping the tackling and ball carrying stats at the end of each game. Another to impress last term was flanker Lappies Labuschagne, his all-action displays caught many an eye and surely full Springbok honours must just be around the corner for this talented youngster. Not so much good news for Cheetahs flanker Heinrich Brussouw though, he will miss the first few months of the Super Rugby season with a serious toe ligament injury. Brussouw will be hard to replace, his work at the breakdown and defensive organisation are up there with the best in world rugby, Drotske will hope that he makes a speedy recovery. The Cheetahs were something of an unknown quantity in 2013, will sides have worked them out in 2014 or can Strauss inspire his team to challenge for silverware once again?

So that’s how the South African franchises shape up for this year’s Super Rugby competition. Will we see one of them in the finals?