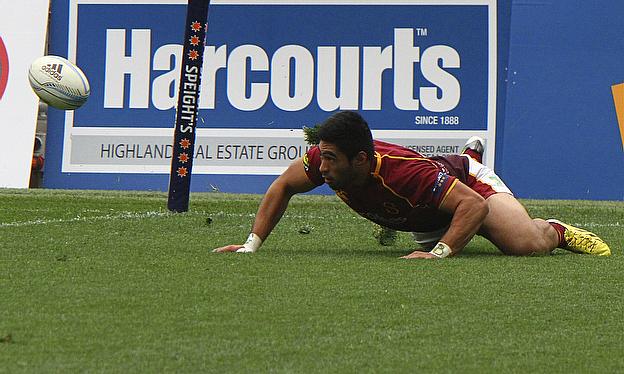 After the naming of the 2014 Super Rugby squads last week, Talking Rugby Union wanted to review some of the decisions and, particularly, look at some of the players who were unlucky to miss out on contracts.

It is difficult to know what goes on behind the scenes, but some of these players may not play the style that the Super Rugby franchise wants them to play.

However, it is also a possibility that some players who are on longer term contracts are getting a great deal, which is blocking the path for new talent coming.

One of the most notable names missing from any Super Rugby roster, was Hawke’s Bay’s product Ihaia West, who dazzled most people with his kicking, passing and running games during this year’s ITM Cup; which he finished with 169 points – second in the competition.

After a number of great performances, we believe he is the most unfortunate player to not have a Super Rugby contract.

Talking Rugby Union’s Southern Hemisphere correspondent, Scotty Donaldson added that “I think that while he is small – and often small players have a reputation for being shy on defence – surely New Zealand doesn't have that much depth in the Number 10 jersey!

“One problem is that the Hurricanes are a large franchise with four ITM Cup unions; another problem is that some players have signed up for two or three seasons for some of the other franchises and even though West may be a better player, he is still left out in the cold.

“Mind you, it is one thing to look a million dollars in the ITM Cup, but it could be a struggle for him to step up at the next level.

“It seems that his final chance was with the Highlanders, but they probably wanted a more experienced player and so went with Willie Ripia rather than West.

“He may well end up playing for the Rebels in Australia.”

The powerful back row forward is probably too inconsistent for the Chiefs this year, who seem to prefer reliable players in their team rather than flashy ones.

The Blues let some good players go from their 2013 squad as Sir John Kirwan had a change of heart.

Quality Tasman hooker Quentin MacDonald is a surprising omission from the Super Rugby 2014 squads given that he was on fire for the Tasman Makos this season.

Marty McKenzie from the Southland Stags has also missed the cut. He has raw ability, although is obviously lacking in a few other areas of his game.

Ronald Raaymakers the Counties utility forward is another omission. The funny thing with him is that he probably brings far more long term potential than some other similar players in other teams like Jarrad Hoeata and Joe Wheeler at the Highlanders, but maybe the Blues were after someone more experienced.

Paul Grant the Otago captain and inspirational leader from the ITM Cup has also missed the cut. Jamie Joseph obviously thinks his style of game doesn't suit the Highlanders.

Some other unlucky loose forwards include Tim Boys and Hugh Blake who are both hard-working openside flankers. Maybe Joseph only wants two in the squad in Shane Christie and John Hardie.

Scott Manson has been very solid for Otago in recent seasons, yet the Highlanders drafted in young NZ Maori and BOP prop Kane Hames.