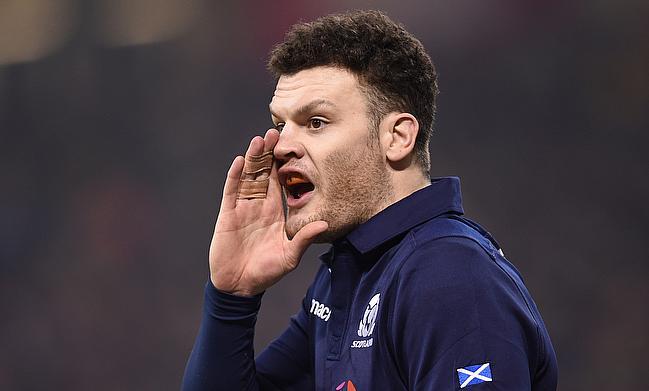 Duncan Taylor has spent most of the season injured, but is part of Scotland's initial World Cup plans
©PA

Saracens back Duncan Taylor has not played a competitive match since last September, but is now back training and Scotland head coach Gregor Townsend will give the player every chance to be part of his final 31-man squad for the World Cup that will be named in four months’ time.

Townsend yesterday named a 42-man training squad in preparation for the showpiece event in Japan starting in September with 29-year-old Taylor one of those included despite having not played for his country since the summer of 2017.

Ill-timed injuries meant he missed out on the 2015 World Cup, but Townsend is excited to have the man with 21 caps back in the mix.

Of course with many players still to complete their competitive season and four summer Tests to come in August and early September, the Scotland squad is likely to see many comings and goings before the final party that flies to Japan is selected – but there is no doubt that Townsend wants Taylor, who can play centre, full-back and wing, on the plane.

Taylor’s most recent woes came when he ruptured both his anterior and posterior cruciate ligaments in a Saracens A team game against Exeter's reserve side on September 3.

It followed a difficult 2017-18 campaign for the 29-year-old, who was limited to just 10 league appearances for his club and has made none this term.

“Duncan is someone who is held in high regard with ourselves,” Townsend told TRU when announcing his training squad on the outskirts of Edinburgh yesterday.

“Players will get a bit of a rest at the end of the season, but Duncan will continue to do his rehab so that when he comes in to us [in early June] he is ready to train fully.

“That is a great position as we will see immediately how he is looking and get opportunities to move up to full contact in late July and August.

"We will then see how he is doing, but we would certainly look to involve him in the first two [summer] games [v France away on August 17 and at home to the French seven days later].

“He hasn't played that much for Scotland in the past two years, but my first connection with him as a coach was on the summer tour two years ago when he was outstanding.

“Duncan played at full-back against Italy and then in the following game against Australia he was superb at centre and moved to the wing in the second half.

No Ritchie Gray or Duncan Weir in extended Scotland World Cup training squad. The uncapped Blade Thomson and Rory Hutchison in plus Duncan Taylor who has spent most of the season injured. Two spaces left open. What ya think? https://t.co/z6AKjIAl5Q

“He played centre in the game against Fiji before coming off injured at half-time, so we already know his quality, we've seen it close up and he provides the glue for what a backline can do because of the work he does off the ball - it's so good.

“His defensive communication is strong and he's also a very good attacker. If the timing works out really well and he's back to full fitness for the competition then we have a player who we've not had for a couple of years who we would hope is in very good form.”

Will the summer Tests - Scotland play Georgia on August 31 and September 6 after the French matches – give Taylor enough time to be fully fit for the greatest show on earth?

Townsend believes so:  “The way we train is very much game based. While a lot of that won't be contact early on [in the summer] we'll be able to get a very good gauge of where the players are at and get into match-type intensity pretty quickly.

“We have four Tests and in addition to those four Tests we will have at least one rigorous training session to get ready for the four Tests.

“The Tests allows the players to play a couple of games, maybe a third if that's what we're looking to do. It certainly allows Duncan the opportunity to play earlier [than going straight into a World Cup].

“The training will be sufficient.”