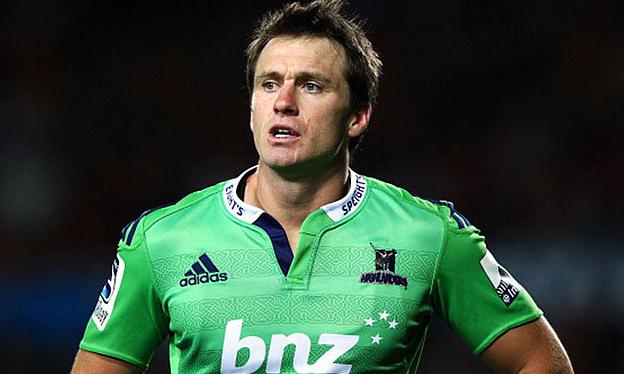 We are now at the stage of the season when your Super Rugby team will send you into jubilation or shatter your dreams as we enter the finals stage of this years competition.

That rollcoaster of emoiton can also be applied to your Fantasy rugby team so let us ease the pressure by giving you some tips ahead of this weekend.

Round 18 Review and Stats

This seasn has flown by. When the Crusaders stepped out along side the Rebels in Feburary know one expected what was to come in Round 1. Results didn’t follow suit and it blew this years Super Rugby competition wide open.

Since then, it has been a lot more predictable and from the end of April upsets have been seldom.

Last weekend saw a winning margain of 17.3 points meaning the overall average for the regular season has crept up to 12.5 points. This was mainly because of players tiring after  a long season plus players were invovled in the international setup meaning their club duty was put on hold.

We expect the margins to be lowered in these finals as teams will be more conservative as they won’t want to shoot themselves in the foot at such a crucial stage in the season.

In the last round, only one out of seven teams that lost matches did so by seven points or less. This meant that in just over 40 per cent of games in the regular season, the winning margin has been between one and seven points.

We all know how key it can be to secure a home tie in these finals and throughout this season we have seen 57 per cent of the matches won by the hosts – 68 home wins from 120 games. That percentage was much lower than the 2014 season which saw 71 per cent of games won by the home team.

Like in most sports, play-off games will always serve up some excitement and drama. We mentioned before about the teams at home this weekend (Stormers and the Highlanders) and that might be an advanatge, but these games are far from straight forward.  There are also more points to be had in most tipping competitions.

We have local New Zealand battle  between the Highlanders and the Chiefs and the other game sees the Brumbies travel to Cape Town to play the Stormers. One thing to note from this weekend is that if Stephen Larkham’s side win away at the Stromers, then the winner of the Highlanders v Chiefs match will take on Australian conference winners and second placed side the Waratahs.

This is great for New Zealand as the possibilty of an all New Zealand final could still be on, but New Zealand sides tend to fall short in Sydney.

In the knockout stages in the last three Super Rugby seasons, there have been two close and cagey affairs with one really uneven contest.

That home advantage has been proven in recent times with no away wins at this stage of the competition since the Brumbies beat the Bulls 23-26 in the semi-finals of 2013. The Sharks claimed two away wins in the finals of 2012.

The winning margins in the play-offs are similar to the regular season. The 2012 season had an average of 13.8 points while in 2013, the average winning margin dropped to only eight points.

Now on to the games themselves. This all New Zealand clash sees the teams that finished second and fourth on points in the overall conference this season.

The winner of this game could well play the Hurricanes in the semi-finals meaning that their would only be one New Zealand team in the final despite three of the sides finishing in the top four of the overall conference.

The only way that we will have an all New Zealand affair on 4th July is if the Brumbies win against the Stormers which could well happen.

There has been calls for this play-off system to be scrapped because it is based on rankings from the overall coneference, but maybe with the inclusions of more teams in Super Rugby in the future; this can be avoided.

One thing that is very much clear is that the New Zealand conference was the strongest with three of the five sides reaching the Top Six (The Crusaders just missed out in 7th whilst the Blues finished second last.)

The New Zealand teams won 47/80 games and that is with each NZ team playing each other twice. They also gained a combined total of 233 competition points.

The Highlanders and the Chiefs picked up 101 of those points so expect the qualifier on Saturday morning to be entertaining.

The atmopshere will be electric in Dunedin and for me, I would say the Highlanders may have the upper hand heading into this one. They have won both games against the Chiefs this season, but the Chiefs had a number of injuries when the sides met at the end of May.

The Highlanders have shown great teamwork all season and the way they perform at the breakdown as been very intelligent. Coach Jamie Joseph won’t tweak much in the lead up to this game in terms of approach, but he will be pleased to have his three main locks back as Malakai Fekitoa, Nasi Manu and Mark Reddish all return.

Joseph will be looking to big gun Ben Smith to make the difference on the night and cause havoc in the Chiefs defence from the wing. The only negative point for the Highlanders is that they are without John Hardy.

In terms of the Chiefs, they were unable to beat the Hurricanes by 37 points last week so they couldn’t get host advantage for this play-off game. For me, I couldn’t see the Hurricanes resting players as they want to keep their momentum going and also they have this weekend off as they are all ready in the semi-finals.

The Cheifs now travel to the Forsyth Barr Stadium looking to use their power which they have in abundance to put the Highlanders on the back foot. Having said that, they did end the season with a bit of a wimper as they picked up key injuries to the likes of Liam Messam, Sonny Bill Williams and Brodie Retalliack. However, these players are now back and expect massive games from them this Saturday.

Coach Dave Rennie has made some interesting picks for this game including Mike Fitzegerald at blindside flanker and moving Messan to 8 to combat the Highlanders lineout, whislt Andrew Horrell starts at fly-half with Damian McKenzie at full-back. Tim Nanai-Williams will line-up alongside SBW in the midfield.

We think that the Highlanders are more settled and the Chiefs can’t seem to decide who to play in the Number 10 jersey.

The first thing to discuss about this game is, how much can we base a countries Rugby World Cup chances, based on Super Rugby form?  If we are to do that, South Africa are in a bad way at the moment.

The Stormers rested their players against the Sharks, but it is mad to think the Stomers are hosting this qualifier game against the Brumbies on Saturday for finishing third even though they had the seventh highest number of points overall. They even picked up less points (45) than the Brumbies (47) and also the Crusaders (46) who missed out on the play-offs all together.

Added to this, the number of players that are leaving the Southern Hemisphere after the World Cup means the SA teams could be even more depleted.

In honesty, the Stormers used the Super Rugby system to their advantage last week against the Sharks and it did backfire as they lost 34-12 meaning they are going into this clash with the Brumbies on a low note.

Duane Vermeulen, who has just signed a deal that will take him to three time European Cup winners Toulon next season, missed that game and will miss this weekend’s match, which the Brumbies will look to exploit.

The Stomers will be keen for this not to be their last game of the season with Vermeulen now leaving.

Both of these teams like to thrown the ball around and also watch out for both sides looking to use their physicallity up front to gain terriorty.

The Brumbies will look towards David Pocock’s ball pinching ability at the break down and scrum-half Nic White’s decision making which could prove  to be the difference.

We think that Brumbies are in slightly better form and that the Stormers will struggle without Duane Vermeulen who has been their best player this season.

For those playing fantasy rugby game www.testrugby.com, we are also naming players to watch.  You can also join the Super Rugby Tips conference at SuperBru.  It is difficult to afford a team if playing salary cap fantasy rugby, so you may have to buy bargains, but there are enough new players in Super Rugby 2015 to give you some options.  2015 seems tough to fill a squad without going over budget.  The key is to sell players who have the bye straight away and buy them back early.  Next week you want to buy the Hurricanes and Waratahs players early.

There will be plenty of emotion, with so many players leaving their current teams at the end of Super Rugby 2015.  Because of the Rugby World Cup there will be players going overseas, retiring or changing teams before the 2016 season.

Who are you picking to win Super Rugby Qualifiers 2015 and what are your thoughts on the regular Super Rugby season?