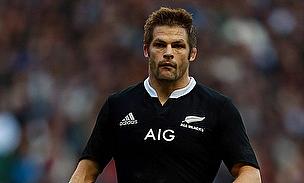 Richie McCaw's final minute transgression - or was it a transgression? - gave the Waratahs the chance to win the final
©Press Association

As we reported yesterday, it was a one point win for the Waratahs in the Super 15 Rugby Final. With insights from TalkingRugbyUnion's NZ based reporter, Scott Donaldson we have tracked this season closely.

Super Rugby is an innovative competition that is good for the global game. Whether it's a new franchise in Melbourne, Singapore or Japan this competition will go from strength to strength.

Scott reflected on the game and filed his report on the game, but as you can see he still had time to ask those difficult questions of rugby players, coaches, officials and administrators. Thought provoking and original.

This match was epic with the Waratahs scoring two tries to the straight running Adam Ashley-Cooper and seven penalties to Bernard Foley, while the Crusaders largely scored their tries from long range counter attacks.

It was an intense game played infront of a crowd of over 60,000+ fans at ANZ Stadium.

The Waratahs were the better of these two teams throughout the 2014 season with the Crusaders playing well in patches.  This meant that the Waratahs finished as the top team and got the home advantage for the final which was probably the difference.  They played some exciting rugby in 2014.

There were ten questions to come out of this Super Rugby final 2014.

1)  Was referee Craig Joubert's decision to penalise Richie McCaw in the final minute the right decision?

Joubert claimed that McCaw was not the tackler, but it actually looked like he was, although there was another Crusaders player who actually could also have been as the Waratahs player was hardly actually tackled. McCaw was entering slightly from the side. I do think that rugby is full of refereeing decisions which could go either way, but there could have actually been a penalty to the Crusaders for the Waratahs player not releasing and it shouldn't matter if it is the first or last minute of a match, but this call by referee Craig Joubert ended up not only deciding the match, but also the season and tipping competitions throughout the world. Should the experienced Richie McCaw have risked that play? Potentially not.

2)  Should TMOs play more of a role with important refereeing decisions?

The role of the TMOs could be looked at as in other sports like rugby league, the TMO can play more of a role. Surely there is room for a referral system or the use of the TMO to make important match defining decisions, although there would have to be some limits as to what the TMO can assist with.

3)  Are we seeing the end of All Blacks legend Dan Carter?

Carter is very injury prone these days and it is hard to know whether heading towards the Rugby World Cup 2015 it is a liability to have him in the squad. Colin Slade seems to have grown as a player recently and could join Beauden Barrett and Aaron Cruden in the All Blacks squad.

4)  Why did Andy Ellis get subbed?

I hate the way that players get subbed for the sake of it. His replacement Willi Heinz kicked the ball away with three minutes remaining to give the Waratahs possession. Surely the Crusaders would have been better to keep the ball in hand and use all of that experience to keep the ball close to the forwards.

5)  Are the Crusaders really the amazing team they are made out to be?

They have made the Super Rugby playoffs for the last six years and not won a title, so sure they have finals experience, but it doesn't mean much if you don't win the big games.

It is funny how fickle the fans are. Sure his decision to sub Andy Ellis may have come back to bite the Crusaders, but they did almost win the Super Rugby title. Blackadder has always taken the Crusaders to the finals, but they have never won. This may also be because of the New Zealand conference.

7) Would the Waratahs have won if they were in the New Zealand conference?

It is hard to say. The Australian conference teams did improve in 2014, but the New Zealand conference is the strongest, with the Blues finishing tenth, ahead of two Australian and three South African teams and this was despite playing each of the other New Zealand teams twice.

The Waratahs had the luxury of playing the poor performing Rebels and Reds twice in 2014. This made it easier for the Waratahs to finish higher on the ladder and get the all important home final. It makes it difficult for New Zealand teams to finish as the top qualifiers.

8)   Was this the least predictable Super Rugby final ever?

There have been plenty of tight Super Rugby finals over the years, but in recent seasons this was the least predictable which made for an exciting match. There was plenty riding on that Bernard Foley kick. This match was one of the few finals in recent years which has been difficult to pick. This decided many tipping competitions and provided an exciting finish for fans as well as players.

9)  Did the Waratahs deserve to win?

I believe that they were the more consistent team in Super Rugby 2014 and started the final stronger.  This final could have gone either way.

10)  Does this result mean a more competitive Rugby Championship season with a stronger Wallabies team?

This match will give the Waratahs in the Wallabies squad some confidence heading into the Rugby Championship 2014. There were plenty of Wallabies and All Blacks in this final match and so beating a team featuring Dan Carter, Richie McCaw, Kieran Read, Sam Whitelock, Israel Dagg, Owen Franks, Wyatt Crockett etc will give the Waratahs players in the Wallabies some confidence of breaking the All Blacks stranglehold on the Rugby Championship and Bledisloe Cup trophies.