Waratahs take it at the last against Crusaders 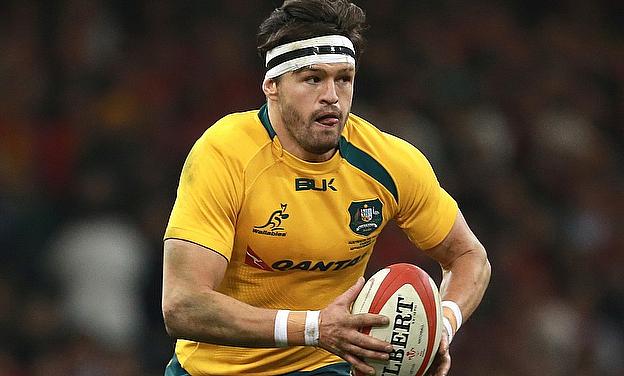 Centres Adam Ashley-Cooper and Kurtley Beale inspired the Waratahs to victory over the Crusaders in a thrilling Super Rugby final.

A blazing start brought 14 unanswered points in the first 15 minutes for the Waratahs, who enjoyed home advantage in Sydney.

They were pegged back b ut Ashley-Cooper's second try and Bernard Foley's late penalty earned a 33-32 win.

Foley kicked 23 points while Beale provided the creative spark for the minor premiers. Matt Todd and Nemani Nedolo crossed for the Crusaders and Colin Slade kicked 20 points after assuming the duties from the injured Dan Carter.

Foley slotted the Waratahs in front following a ruck infringement and they scored the game's opening try just four minutes in.

Beale's miss pass to Foley opened up the space and when the ball was worked back across, it was Beale again who sent his midfield partner Ashley-Cooper crashing over.

Foley missed the conversion but kicked two penalties to reward his side's early dominance, with the Tahs enjoying 75 per cent possession in the first quarter-hour.

The Crusaders finally got into the game when, after Nadolo was stopped on the left wing, they regrouped down the right and Kieran Read off-loaded for flanker Todd to burst over from 30 metres.

Carter converted but an ankle injury forced him to hand over to Slade, who responded to Foley's next shot to leave the score at 17-10.

Slade and Foley traded penalties and it was 20-13 at the interval but t he lead lasted less than three minutes into the second half.

The rolling Nadolo was adjudged by the television official to have dotted down without putting a toe in touch and Slade's conversion and subsequent penalty put his side ahead for the first time.

Foley levelled but got lucky when his charged-down kick spun safely to team-mate Beale.

Slade landed another penalty and Andy Ellis made a crucial tackle on Nadolo to preserve the lead.

But the Waratahs were not to be denied and after a long spell of probing, Ashley-Cooper took another Beale pass and slipped past Dominic Bird for his second try, converted by Foley.

Wing Rob Horne was unable to gather on the end of a fast but ragged Waratahs move and they were behind once more with four minutes left when an offside gave Slade an easy chance.

But a ruck infringement allowed Foley to slot over from 40 metres and Ashley-Cooper gathered the kick-off to allow his team to chew up the final seconds.

"First I want to thank the Crusaders," he said. "It was a tough game and great to get them in the final.

"To the New South Wales Waratahs, congratulations! How good, boys? How good?"

Opposite number Kieran Read said: "We came across looking for the win and we're just really disappointed for our fans.

"It shows how good this Waratahs team are and to give them the start we did, it's hard to run them down.

"We came back into it, a lesser team wouldn't have been able to do that, but congratulations to them."