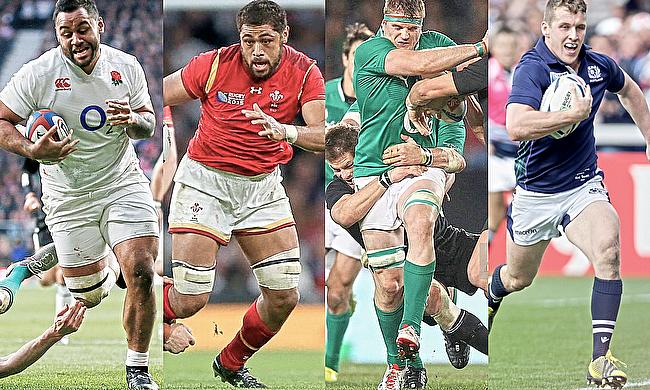 Which of the Home Nations will come out on top?
©TRU

It’s that time of year again when the northern hemisphere’s finest travel south of the equator (or staying above it in the case of Scotland) to do battle with the best of the southern hemisphere and, more often than not, take quite the beating.

With squads named and the players having all safely arrived in their destinations, we take a brief look over each of the tours and give our verdict on where they will be won and lost, and by whom.

With their first Grand Slam in 13 years and a youthful squad that is capable of playing a very effective brand of rugby, the northern hemisphere’s greatest chance of success arguably comes from England.

Under the tutelage of former Australia supremo Eddie Jones, England have rebuilt their self-confidence, rediscovered their bite up front and remembered that it doesn’t matter how you win, just as long as you win. With those three pillars in place, England have started to develop the all-court game which should see them trouble the ‘Big Three’ of the southern hemisphere on a more regular basis over the coming years.

As for Australia, they haven’t played a game since their defeat in the Rugby World Cup final to New Zealand. Coupled with the relatively poor performances of the Australian Super Rugby sides, there is growing momentum behind the idea England can beat the Wallabies over the three-test series this month.

However, let’s not forget that the Australian Super Rugby sides are going head-to-head with the New Zealand franchises on a weekly basis and that definitely factors into their relatively poor positions in the Super Rugby table. Australia still boasts a very strong side that encompasses most of the players that Michael Cheika used to beat England in last year’s RWC and there are a host of impressive individuals ready to plug the holes left by the players who opted to move to France.

England to win the series 2-1. It’s a big call and is predicated upon England winning the first test in Brisbane. Jones has bolstered England’s ability at the set-piece by recalling Dylan Hartley, an area where Australia really thrived against them at the RWC, and the likes of Maro Itoje, Jack Clifford and Teimana Harrison bring mobility and efficiency on the clear-out, potentially limiting the impact of David Pocock, Michael Hooper and Sean McMahon.

It’s hard to decide who has more of a chance, Wales in New Zealand or a snowball in hell?

In fairness, Wales do have a puncher’s chance in their antipodean adventure, but little else. Their game is built upon battering the opposition into submission in midfield with powerful carriers and it’s a style that New Zealand are comfortable defending against. They are able to soak up that pressure and then, when the moment is opportune, hurt Wales on the counter-attack.

New Zealand are not infallible, they will offer Wales chances, but if Wales’ recent performance at Twickenham is anything to go by, they lack the skills and composure to take those chances any more than three of four times out of 10. It may be a case of clutching at straws for Welsh fans but there is always the chance that that outing at Twickenham helped dislodge the rust and that they will be a much better side come the first test with the All Blacks this weekend.

As for New Zealand, experienced veterans who either hung up their boots or headed to Europe after the RWC have been replaced with deputies that have been groomed for those roles for years. The highly-impressive uncapped duo of Damian McKenzie and Ardie Savea have been added to the squad and despite significant losses, the All Blacks look as strong as ever.

New Zealand to win the series 3-0. Wales’ best chance will be in the first test, as they have played six games since New Zealand played their last, the RWC final, and they will have to hope they catch the All Blacks on an off day. It still seems highly unlikely, however, and there is a much better chance Steve Hansen’s men rack up a cricket score or two this month.

Ireland’s relatively quiet Six Nations has lowered expectations a little, but they are still a side more than capable of beating South Africa if they play to their potential.

With Sean O’Brien and Peter O’Mahony both missing through injury, there is a fragile feeling to Ireland’s pack and that is never a good thing when you’re touring South Africa. If one of Jamie Heaslip or Iain Henderson gets an injury combatting the highly-physical Springbok pack, then the Irish forwards will lose much of their dynamism. Whether or not Mike Ross and Devin Toner can hold up at the set-piece will also go a long way to deciding this three-match series.

Ireland’s kicking game will also come under scrutiny, with the firm surfaces of South Africa one of the more dangerous places to put boot to ball and give an opposition side the opportunity to counter-attack. Ireland have begun to open up the playbook a little and shed the shackles of Schmidt’s conservative, albeit oft effective approach, but the nuts and bolts of Schmidt’s direct style are definitely still in place. With Jonathan Sexton injured, the pressure on Paddy Jackson to execute this game plan is considerable.

The Springboks are a bit of an unknown at this point. New coach Allister Coetzee was never the most expansive at the Stormers, yet that lack of ability to play wider and with more tempo is where they have failed against the All Blacks in recent years. It seems unlikely (and unwise) that Coetzee will try to bring about wholesale changes, and it is much more likely that he attempts to build upon the strengths of South African rugby and then try to incorporate more ambition further down the road, much as Jones is currently trying to do with England.

South Africa win the series 2-1. It’s an attritional affair playing a three-match series in South Africa and even if Ireland can catch them cold in the first test, their task will only get harder as the days go by. An already injury-bedraggled Ireland side is at the end of a long, hard domestic season and though battle-hardened, will struggle to keep out the power of the Springboks in two tests.

Vern Cotter has taken no chances whatsoever with his squad to tour Japan, naming no uncapped players and leaving a host of talented individuals in the Scotland U20 set-up for the World Rugby U20 Championship.

As we saw in Brighton last year, the Brave Blossoms are not to be underestimated and they could well keep this series closer than many expect, but with a full-strength squad at Cotter’s disposal, Scotland will certainly enter the series as comfortable favourites. In fact, Mark Bennett aside, who has chosen to try and make the Great Britain 7s squad for the Rio Olympics, Scotland have picked the strongest squad they possibly could, opting not to blood some of their younger players on what many believed to be a developmental tour.

It's a squad that has provoked a whole gamut of reactions, with some criticising it on the grounds of short-termism and others praising that it will only build self-confidence and chemistry within the current squad. Both arguments have merit but given that Cotter has called upon his best players and left at home younger options, nothing but a convincing series win will do for Scotland.

Scotland win the series 2-0. Japan’s development continues but with players drawn from the Top League, the Sunwolves and other Super Rugby sides, not to mention a new coaching set-up in place, they are unlikely to be at their most cohesive this month. With the likes of Stuart Hogg, Jonny Gray, WP Nel and Duncan Taylor all involved, Scotland should win the series.