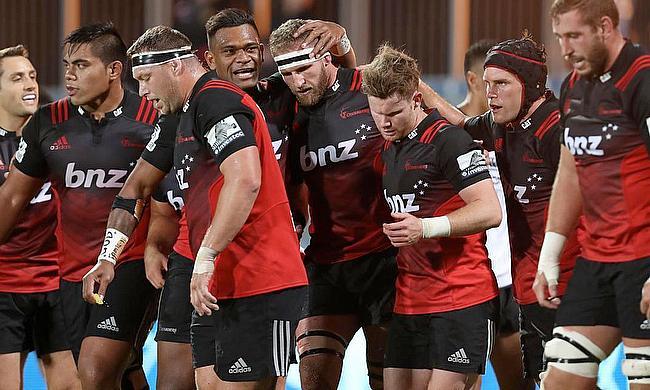 As the 2018 edition of Super Rugby has reached its climax, let us take a look at the stats ahead of the final between Crusaders and Lions in Christchurch on Saturday.

>> This will be the first time two same teams will contest in consecutive Super Rugby finals after Crusaders registered a 25-17 win over Lions in the 2017 edition to win the title for the eighth time.

>> Crusaders have a terrific record against Lions after beating the South African side nine out of the last 10 encounters but the last three games have been closer with the winning margin, not more than eight points.

>> Scott Robertson's side are currently on a 14-game winning streak and this is their second best since April 2005 to April 2006 when they won 16 on the trot.

>> The two teams are evenly matched in terms of the tries scored in this season with Lions being the top in the list with 87 while Crusaders are at second with 86 tries.

>> Crusaders flanker Matt Todd has the most tackles for this season with a tally of 179 and had 21 of it coming in the semi-final against Hurricanes.

ICYMI: Match highlights - catch up with all the action from the semi-finals that delivered @crusadersrugby @LionsRugbyCo into a second successive final #CRUvLIO
Super Rugby YouTube Channel https://t.co/q6wQ1warfq pic.twitter.com/DulFRWuMZn

If you like having a bet in Super rugby this is your chance to start analyzing how the odds are stack in the homeside's favour. Visit the Free Bets UK website and have a look at the bet365 information page to see if you can take advantage of one of the many offers and promotions available. The betting tips on the match suggests  the results will resemble last year's outcome, where the two clubs battled it out for the same Super Rugby title in 2017.