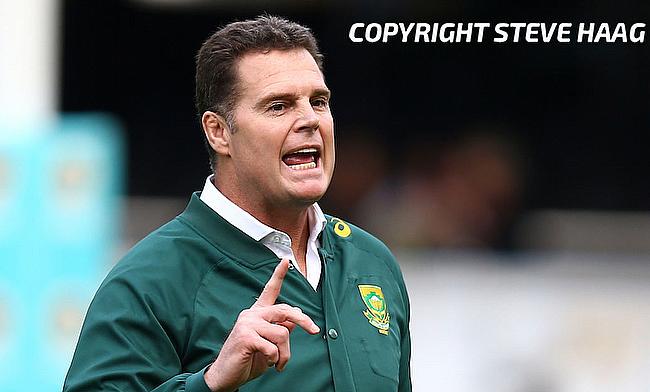 South Africa director of rugby Rassie Erasmus compared Ireland to three-time champions New Zealand following their impressive win over Scotland in the opening round of the World Cup.

Joe Schmidt's side scored three first half tries with Andrew Conway crossing over in the second half as they completed a 27-3 victory over the Dark Blues that took them to the second place in Pool A.

Meanwhile, South Africa's defeat to New Zealand in the opening game meant the Springboks could possibly face Ireland in the quarter-finals and Erasmus is wary of the challenge.

"Apart from New Zealand they were the only other team that put in a full 80 minutes of constructive, well-planned, decisive and clinical rugby (in the opening matches)," Erasmus said.

"Physically and tactically they were really good, the same as New Zealand. Those are the two teams that I think have been really consistent in the last two years and they will both be really tough opponents."

"I sat down the players and we agreed we cannot change our attack philosophy now," Erasmus said.

"They said they would rather like to get someone in to help us analyse the opposition's defensive structures.

"It is something that we do not really need for the Southern Hemisphere teams that we play on a regular basis, but knowing we will probably play Scotland or Ireland, and maybe England and so on, I know how good Felix is at that.

"The analysis he does on individual players and team defensive structures is phenomenal. He has slotted in really well with the boys, he is a young guy and so associates with them really well".