So it's a Tipster's Paradise: Six Nations 4th Round 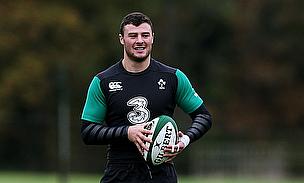 Robbie Henshaw is a fantasy rugby bargain for us
©Press Association 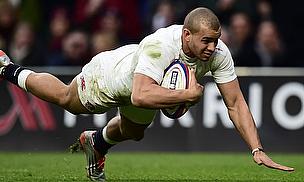 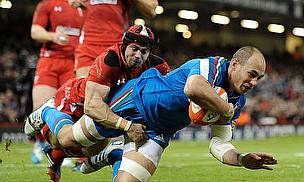 The need for rugby, that's what it feels like as we approach the weekend in the northern hemisphere. The annual viewers come out to spectate on pub TVs, the critics gun for SL and PSA and the BBC bring out presenters with trendy new scarves and coats.

The real rugby fan will get little joy from these folk so it's best to look South for an impartial analysis of what might happen; over to you Scott Donaldson.

Six Nations Round 4 is here and the competition is delicately positioned with the only unbeaten team Ireland travelling to Wales to play the quickly improving home team, while England should be too strong for Scotland and France have made heaps of changes for their trip to Italy.

For Six Nations Round 4 team lists click here There have been plenty of changes, with France making the most changes. Italy hadn't named their team, but according to website Planet Rugby, Haimona is in doubt with "groin trauma"

For managers of fantasy rugby games like www.testrugby.com England players are the best for filling your team up with since they are the most clearcut favourites of the round. They have two home games left and should win both games. They are relying on Wales defeating Ireland this weekend to open up the competition as otherwise they will be relying on Scotland defeating Ireland in the final game and that is rather unlikely.

The early game is Six Nations Championship deciding with anything but a Wales win, likely to see Ireland win the title, barring catastrophe in Scotland.

Ireland has been dominant in Cardiff in recent years. Overall, Wales leads 22-17 at home, but Ireland has won three of the last four matches and 11 of the last 14, but they have been close with only the 2001 clash producing a margin of 13+ in the last 14 games. The rest have been tight. Wales has improved since a bad start against England and will bring some form into this game, making for a tough match to pick. Overall, Wales leads 65-49, with Ireland winning the last two games between these teams.

There are some great points scorers, but it is definitely worth checking the team lists above. For Wales, watch for Leigh Halfpenny, Alun Wyn Jones, Toby Faletau, George North and a real bargain in Scott Baldwin.

Ireland: Rory Best was back into some good form last game. Robbie Henshaw was great last game, while Jonny Sexton, Tommy Bowe and the returning from injury Jamie Heaslip are usually good scorers. Devin Toner and Henshaw are bargains.

Our pick: Ireland by 3 points

If you want a game to put your house on then this game between England and Scotland is your game.

England need to win comfortably and they should do against a disappointing Scotland team who have rarely got thrashed in this competition, but haven't won a game and don't look likely to after losing to Italy last week. England has a healthy 40-4 head to head winning record at Twickenham. Scotland's last win in London was in 1983, while the margins have been comfortable in recent times.

Jonathan Joseph has been a revelation for England and should be an automatic selection for most managers, while Billy Vunipola, George Ford and the starting back three in Mike Brown, Jack Nowell and Anthony Watson offer some affordable options who should enjoy the extra space against Scotland. It all depends on how many trades you have left.

For Scotland there are limited fantasy rugby options, but Jonny Gray, Ross Ford, Stuart Hogg and Mark Bennett are some options available.

Our pick: England by 16 points

Both teams had contrasting build ups to this game, with France losing at home to Wales in a tight game, while Italy won away in Scotland.

France has made eight changes through a combination of injuries and rotation and it will be interesting to see how France gels for this game which is pretty much a dead rubber with both of these teams losing two of their first three games.

Italy's squad hasn't been named yet, but do have some of their own injuries, especially at first five eighth. They will be fired up after winning in their last game against Scotland and all of these changes to the French team could open the door for an upset.

Italy has beaten France the last two times they have played in Rome and this game will be a tough physical game for France who are missing some experienced players like Brice Dulin and Wes Fofana. France has won the six games before that for a 6-2 head to head win in Rome and those six wins were comfortable.

France has an impressive 33-3 head to head lead over Italy, losing the last two times they played in Italy and once in France, but you can't help but feel that France may not show up for this game and could be upset here. This will be close, with Italy having a great chance at a second win this season.

Italy has some good fantasy rugby players because they make plenty of tackles. Leonardo Ghiraldinhi, Sergio Parisse and Josh Furno is they are playing are good value for money. Luke MacLean has been in good form. Check the Italian team once it is named.

France: It is difficult to pick French players for fantasy rugby purposes as there are always so many changes. Noa Nakaitaci is a bargain priced outside back on debut. Yoann Huget, Thierry Dusautoir and Yoann Maestri are probably the best options.

Our pick: France by 3 points but there is a potential upset on the cards here.

Who are you picking to win Six Nations Round 4?