Six Nations: XV Team of Round 3 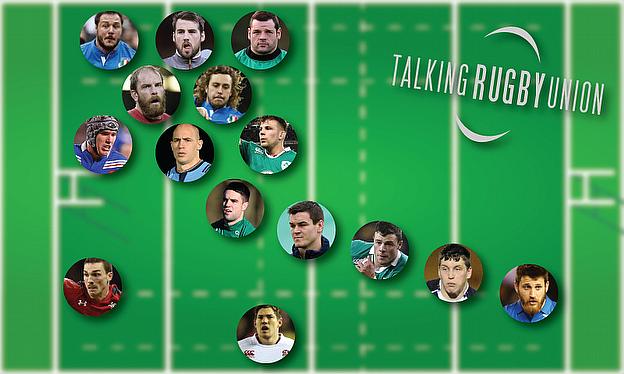 All three teams will be happy with their exploits as we advance beyond the halfway stage of the tournament, but which individuals covered themselves in glory and made it into our XV of the Week?

1. Alberto de Marchi, Italy
The loosehead’s second half introduction helped right the ship for Italy, who were within touching distance of Scotland, but just unable to bridge the gap. His arrival bolstered the Italian set-piece, which laid the foundations for their late, game-winning, driving maul try.

2. Scott Baldwin, Wales
The Ospreys hooker might not have delivered the bone-shuddering tackles or dynamic carries that Richard Hibbard usually does, but he did help solve many of Wales’ set-piece issues. The Welsh lineout was perfect against France, with Baldwin hitting 100% of his jumpers, whilst the scrum looked much-improved, albeit which much of that attributable to a fit-again Samson Lee.

3. Mike Ross, Ireland
Ross had to deal with the unenviable task of an in-form Joe Marler on Sunday, and although it would be harsh on Marler to describe Ross as an emphatic victor, he certainly had the edge in the match-up. Ross was helped by the fact Ireland had nine attacking scrums to England’s one, but it was a consummate display and gives Ireland reassurance their scrum is in good shape with the RWC looming. Dan Cole also had a nice game for England, but given the weight of attacking scrums was in the favour of Ireland, Ross’ performance proved the more impactful.

4. Alun Wyn Jones, Wales
Jones narrowly edges out Paul O’Connell for this spot, who was in his pomp during Ireland’s victory over England, and Jones’ slightly larger role in Wales’ win is all that separates the pair. The lock was tireless in his work rate and was just as important at the set-piece and in the loose in the 80th minute, as he was in the first.

5. Joshua Furno, Italy
The long-haired lock was in fine form on Saturday, flying around the pitch in the loose and providing a consistent target at lineout time for Leonardo Ghiraldini. His engine room partner, George Biagi, also deserves praise for his performance, but it was Furno who stepped up in the critical moments for the Azzurri and helped deliver an invaluable victory.

6. Bernard le Roux, France
Certainly France’s best performer of the Six Nations so far, if not an early candidate for player of the tournament, le Roux turned in another fine performance for Les Bleus on Saturday. Regardless of the fortunes of the team as a whole, le Roux consistently steps up with efficient and impressive displays for his adopted country.

7. Jordi Murphy, Ireland
Murphy may have had an eight on his back at the Aviva Stadium, but he played as well as any seven out there this weekend, assumingly the role of the early departed Sean O’Brien. The Leinster man was pillaging ball at the breakdown all game long and never gave the English pack any kind of sniff at the contact area.

8. Sergio Parisse, Italy
It wasn’t quite the performance of legend from Parisse, which we have seen many times over the past decade, but it was his powerful and effective carrying which gave Italy the field position to launch their limited, but successful, attacks on the Scottish try line. Whilst he didn’t quite carry his team in the fashion we have become accustomed to, there can be little doubt he was one of the very best performers at Murrayfield on Saturday. Honourable mentions are due for Taulupe Faletau and Billy Vunipola.

9. Conor Murray, Ireland
A tactical kicking savant, pinpoint distributor and imbued with a peerless understanding for the flow of the game, Murray was sublime against England on Sunday. The scrum-half didn’t put a foot wrong all game and the ease with which he guided the Irish pack around the field made Ben Youngs’ performance look all the more laboured. It’s ok to already be excited about the prospect of Murray vs Aaron Smith in New Zealand in 2017.

10. Jonathan Sexton, Ireland
Sexton joins his half-back partner in the XV of the Week, but was run very close by Wales’ Dan Biggar, who quietly had a very nice game in Paris. The Irish out-half was excellent against England, flourishing in exactly the same areas that Murray did. The difference between Sexton and George Ford was stark.

11. George North, Wales
It was not a weekend for wingers to distinguish themselves, but a couple of powerful runs from North, as well as solid and responsible defence were enough to earn him the nod. Tommy Bowe, Simon Zebo and Anthony Watson all had moments in Dublin, as did Sofiane Guitoune in Paris, and in fairness, any of the four would have been an equally apt choice for this spot.

12. Robbie Henshaw, Ireland
Not only the best inside centre this weekend, Henshaw would also take home the player of the rounds if the award existed. Henshaw scored the only try of the game in Dublin, but was also a powerful carrier, willing tackler and great asset in the air for his side. The Connacht man richly deserved his man of the match award and has helped cemented himself in the Irish squad, despite playing in arguably his third best position.

13. Mark Bennett, Scotland
Bearing in mind the ball Bennett was working with on Saturday, his performance on the day was made all the more impressive in hindsight. With little cohesion and urgency from the pack, half-backs or his inside centre, Bennett still managed to scythe through the Italian line on more than one occasion and had it not been for a late Italian comeback, his intercept try early in the game would likely have proven pivotal.

14. Tommy Seymour, Scotland
Like Bennett, Seymour was working with extremely limited opportunities at Murrayfield on Saturday, but still managed to show some of the incision and instincts which have marked him out as one of the more under-appreciated wingers in the international arena.

15. Alex Goode, England
The Saracens full-back did a very good job of filling Mike Brown’s shoes at the Aviva and was one of the few England players who can be happy with their performances on Sunday. Goode was fearless and composed under the high ball, which was no mean feat given the masterclass in tactical kicking that Ireland were putting on, and also helped launch England’s late counter-attacks that brought some brief glimmer of hope for travelling England fans.