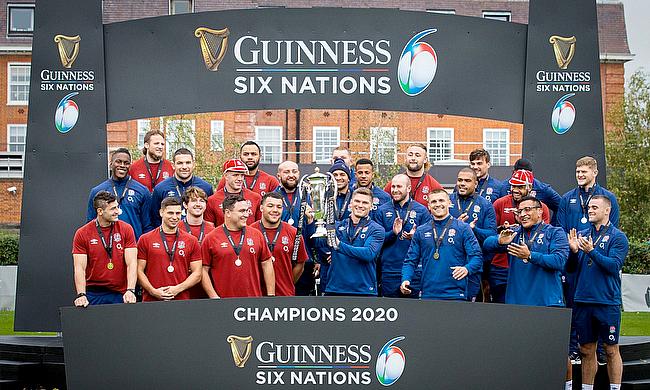 Sport has had a bit of a rough time during the ongoing pandemic.

Many events have been cancelled, but others have taken place with one significant difference: the players are on the field of play, but there are no fans in the ground to watch them. Just how will this affect the Six Nations Championship?

The absence of fans has caused financial problems due to the lack of gate money. That's not good news for the future of the game with millions of pounds being lost. Hopefully, the fans will be allowed to return soon. Until then, though, games are being played in empty stadiums like Twickenham, the home of the England rugby team. And it's just not the same.

Rugby needs fans in the ground to help create an atmosphere. If a player scores a spectacular try, it's weird that there are not thousands of fans to cheer that euphoric moment. It's like the funniest joke in the world being told to total silence. When there are controversial moments in a game, we also need those boos and insults that fans will readily deliver.

One answer to the problem has been the use of fake crowd noise for the television audience. It's like a comedy show that uses canned laughter. Yes, it can be good to actually have some noise being played, but it's not to everyone's taste. We need a real reaction to an incident on the pitch, not something that was recorded in reaction to something else.

When football is shown live on television, there is the option to view a version of the match that has fake crowd noises. Many may choose that option, but the key word is 'fake.' Watching a game with empty stands at the Aviva Stadium in Ireland, but with the noise of thousands cheering, is suspending your disbelief.

When the use of fake noise was first used, football fan Andy Phillips, from Kent in the UK, didn't hold back with his views. "It was horrendous, to be honest," he said. Why? "Not because I don't enjoy the sound of crowd noise, but the fact it was fake."

Many agree with that. You see, when there's a controversial moment in a rugby game, we all love the off-the-cuff comments that are made by fans. You don't get that with fake crowd noise. Viewers aren't stupid, they know it's fake noise, and it's just not the same.

Whether there is crowd noise or not, there will still be plenty of cheering from those who have bet on the games. The Six Nations championship offers fans a wide number of betting opportunities.

You can bet on who will win the title and all the individual matches. Each game will have plenty of markets available to try and make a profit. You can bet on everything from the winning margin, handicap betting (useful when Italy is involved), who will score a try and lots more besides. When it comes to who will win a Six Nations title, according to STS Bet England are the favourites.

If the fake crowd noise option isn't chosen, again there is an unsatisfactory experience for the viewers. Watching a top game played in an ground is just not right. It's like watching a training ground match or one of those non-league football reserve games watched by one man and his dog.

Only when you see a rugby match without a crowd, do you realise how much noise the players and coaches make. There's all that shouting, and a few choice words being uttered that might make your grandma blush - yes even from gentleman rugby players.

There is a good side to this, though. When there's a scrum, there's all the noise of the players straining to get an advantage. For the television viewer, it's as if you're almost there with them battling away regardless of how much it hurts.

It's not easy for the players either. They are used to the continual singing from the crowd. If the fans are booing you, then players will want to react to that abuse and prove them wrong. When the fans cheer you on, then you want to do your best to please the crowd.

Without fans, rugby, in particular, is just a different experience. Players may know the fans are cheering them on from home, but the stadium's lack of noise doesn't help them. Like most things during the pandemic, it's a case of having to adapt and wait for the good days to come back again.

With all that being said, the Six Nations is back. And we couldn't be happier.