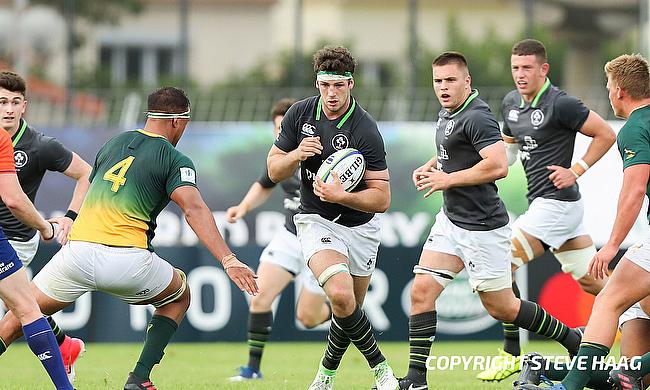 Leinster number eight Doris, who has played seven Tests for Ireland - all of it coming last year has shown symptoms of concussion while Roux, who has been capped at the international level 16 times has a neck injury.

A statement from the Irish Rugby Football Union confirmed that both the players have returned back to their provinces and will be unavailable for the Six Nations opener.

Ireland forwards coach Paul O’Connell confirmed the news on the two injuries and said the extent of damage will be known only after further assessment.

“They are two injuries you don’t ever want to be messing around with, you have to be careful,” he said.

“Caelan is obviously a fantastic player. I worked with him in the U20s and he was incredible.

“He has that X-factor and we need those players in world rugby.”

O’Connell also added that losing Roux to injury is disappointing.

“I played against Quinn towards the end of my time and he was excellent.

“My last game against Connacht, he was brilliant that day and he’s a big man, great ideas in the lineout. It’s disappointing not to have him in.”

Munster's Gavin Coombes and Leinster's Ryan Baird will be training with the squad ahead of the game on 7th February.