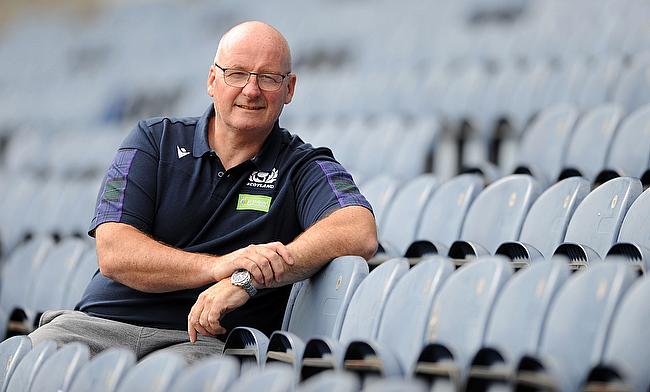 Scott: “You have to have interests outside of rugby - you’d drive yourself mad otherwise
Scotland star Malcolm on balancing top-level sport and a PhD
She’s taken inspiration from Adam Peaty - now it’s Rhona’s turn to make a splash on the sevens circuit
Oz-some experience Down Under sets Scot Eilidh up nicely for Biarritz

During season 2018/19, Scotland’s Women lost all seven internationals they played and it led Scottish Rugby’s head of women and girls rugby Gemma Fay to make a big change.

Two wins in the 2017 Six Nations hinted at a turnaround in fortunes after a barren spell and that was followed up by an away win in Ireland in the 2018 competition.

However, friendly losses to Italy and Spain last winter were followed up by defeats to Italy again, Ireland, France, Wales and England when the Six Nations came around in February and March.

With eight players at that time being supported by the governing body and a long road to go to qualify for the World Cup in New Zealand in two years time, Shade Munro left the head coach role soon after the tournament.

There is no doubt that Doyle, 54, has a great pedigree in women’s rugby - he took Ireland to a fourth place finish at the 2014 World Cup as well as the 2013 Six Nations triumph - but he has had to get up to speed with his new squad pretty quickly ahead of two Tests in South Africa in late September and early October.

?? | “What is it going to take? It will take a lot of people who are focussed on pulling in the right direction."

Home Autumn Tests then follow at Scotstoun in Glasgow against Wales and Japan in November before the 2020 Six Nations and then the next chance of World Cup qualification which comes around this time next year.

A busy 12 months for Doyle and co then, but the former electrician who is nicknamed Goose - “I used to play Skirmish, paintballing, I played for Ireland. Then the Top Gun movie came out and then we had a Goose and a Maverick in our group and it stuck…” - is ready to face the challenge head on.

“Scotland’s results haven’t been right for the last couple of years, but I see a lot of similarities to the Ireland situation [when he first took over in 2003] and I am enthused about trying to get this group of players to a World Cup,” Doyle told TRU.

“Without a doubt [I have already had a reaction from the players], I am very black and white, there is no grey with me and they realise that - I have already made some difficult decisions in terms of personnel.

“Those who will be involved going forward know what they have to do and where they want to go.

“How do I take this team to the next level? The professionalism in the way they act on and off the pitch has to keep improving, we push that hugely.

“It is a lot of education, we have just come off a weekend of four sessions and the girls were wilting by the end because of the sheer amount of information we were pushing into them.

“We are not pushing them too much so that they go ‘system overload’, but we are pushing just the right amount so they improve.

“They are up for the challenge and they are soaking it all up.”

Lots of internationalists down south

On Wednesday it was announced that one of Scotland’s key players - Helen Nelson - was moving to Loughborough Lightning from Montpelier.

The move by the stand-off/centre means that there are now five Scottish internationals at that club and a number of others playing in the Tyrrells Premier 15s at the likes of Harlequins, Saracens and Darlington Mowden Park Sharks.

Scottish Rugby are still to firm up which players will receive support from the governing body in 2019/20, but Doyle hopes it will be up to “12 or 13”.

“They are not paid, they are subsidised depending on their situation,” the Irishman explained about the contracted players.

So excited to get the season underway https://t.co/Y3F39lauEg

“Having them here [in Scotland] would be great as you can keep a much closer eye on them, the Tyrrells Premier 15s in England is a good league, but are we sending them there? Absolutely not, this is their choice

“I would love to have the best players in Scotland, but we are working closely with the likes of Harlequins, Saracens and DMP Sharks and myself and Allan Macdonald [S & C coach] and physio Jamie Coffey have been down to see them.

“We are building good relationships with the clubs and paramount for us is the health of player and we are already seeing the benefits of information flowing between experts.”

Doyle - who has been involved in the women’s game since the early 1990s - is an amiable, but bullish character.

And there is no doubt in his mind what he will be judged on over the next 18 months or so whilst he works with the 12th best team in the world.

“Scottish Rugby have been ultra-supportive and my sole goal is to qualify for the World Cup in 2021,” he stated.

“We will go into a competition with three other countries - I expect them to be Spain, Italy and Ireland - around this time next year.

Great to get started today with the Scottish ladies and thank you all for the warm welcome. pic.twitter.com/PKAin5vLUy

“The winner of that event will go to the World Cup and the second placed team will go into another repechage tournament against a team from Africa or Asia.

“Some of the detail has still to be clarified, but is clear to us what we have to do.

“The 2020 Six Nations is vitally important for our development, but everything is going down to the qualification games and I have told the girls already we don’t have to peak now, but come next August/September we have to be at our best.

“I have told the guys at Scottish Rugby that the Six Nations will be bedding in and experimental as part of our journey and they have accepted that.

“We have also put in plans for World Cup qualification friendlies next year, whether teams come here or we go there we don’t know yet, but a lot of work is going on behind the scenes."