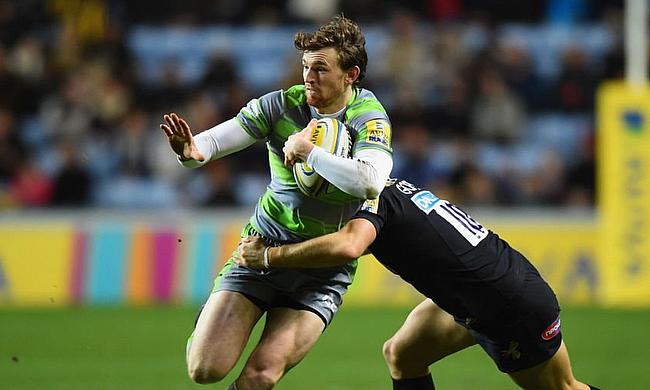 Simon Hammersley has made 96 appearances for Newcastle Falcons
©pa

Full-back Simon Hammersley has pledged his immediate future to Newcastle Falcons after signing a two-year deal with the Gallagher Premiership club.

Hammersley started playing the game for Hull Ionians in National League Two North and was part of the Durham University that lifted the BUCS title at Twickenham.

“It was an easy decision on my part to extend my contract, I love it up here and I’m happy to have it all sorted," said Hammersley.

“It’s a great environment to be in as a player, I enjoy coming in every day for training and the supporters really get behind us during the games.

“There is a huge focus on improving our league position during the final 10 games of the Gallagher Premiership season, and also the opportunity to try and push for some silverware in the Premiership Rugby Cup.

“In the longer term the club is in great shape, everything is set up here to be successful and we’re working hard to get the most out of the huge ability we have within our squad.”

Meanwhile, Newcastle Falcons director of rugby Dean Richards had high praise for Hammersley and is delighted that the fullback has extended his stay at the club.

“Simon is a very consistent performer who offers a lot to the side, so it’s great news for us that we have been able to agree this contract extension.

“He is an outstanding professional who is a very positive influence for us, he sets high standards and will continue to play a big part for the club.”