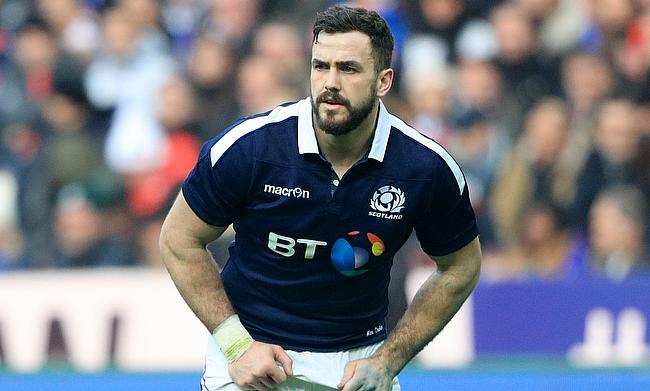 Newcastle Falcons have confirmed the signing of Scotland international Alex Dunbar from Glasgow Warriors on loan for the remainder of the season.

“Alex is a very experienced operator at the top level who will help give us the strength and quality we need during the back half of the Gallagher Premiership season," Newcastle Falcons director of rugby Dean Richards told the official website of Newcastle Falcons.

“He brings real physicality to the game, he picks great lines and he will offer us valuable competition in an important area of the side between now and the end of the season.”

Dunbar's debut for Scotland came in 2013 and has gone on to play 31 Tests for the Dark Blues with his last appearance coming during the November series last year.

“Coming down to Newcastle for the rest of the season gives me a great opportunity to play some rugby, and I’m excited by the prospects here," the Scotland international said.

“I’ve trained with the squad today, everyone has been really welcoming and I’m just keen to get stuck in.

“I’ve watched a number of Newcastle’s games and they play an exciting brand of rugby, I know quite a few of the boys from the Scotland squad and this is a great chance for me to hopefully get some game time.

“The Gallagher Premiership is a really high-quality competition, I’ve been keen to test myself in that environment and it’s now just a case of trying to get up to speed with all the calls and patterns and pushing my case for selection.”