Should the Gallagher Premiership season be completed? 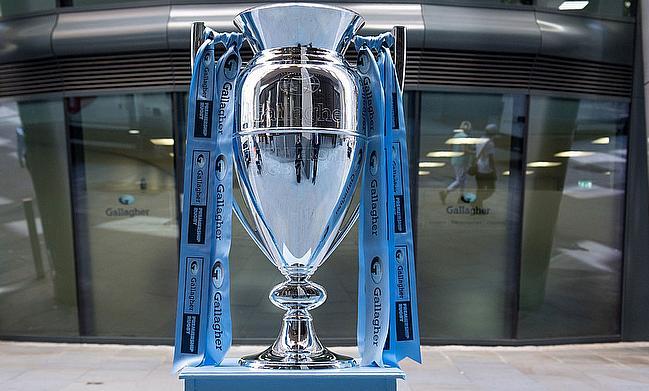 This week, Premiership Rugby announced they still intend to complete the whole of the top-flight season after further postponing the 2019/20 campaign.

The season had originally been called off until the end of this month due to the coronavirus pandemic, but Premiership Rugby are “committed” to seeing out the rest of the current term when it is safe to do so.

There are clearly arguments for and against completing this domestic campaign and our team at TRU have weighed up both sides of the coin.

The first thing to say is that we might as well finish the 2019/20 Gallagher Premiership season. It is clear that the likes of Chief Executive Darren Childs feel it is a priority to see out the conclusion of this campaign and worrying about next term, plus the added ingredient of a British and Irish Lions tour, isn’t top of the agenda. Rugby will be back in our lives at some point so when it is safe to do so, I do think it should continue from where it left off.

Considering we are already halfway through the regular season fixtures and have a Premiership Cup Final still to be fulfilled, clubs such as Exeter, Sale and Bristol will be keen to press the restart button. Added to this, with Saracens out of the picture for domestic silverware, there is a real chance for a cluster of other teams to add the Premiership trophy to their cabinet.

Of course, whatever decision the Premiership make will not please everyone but imagine Wasps - who were rejuvenated before the postponement of the season - having to settle for fifth place when they were making a charge for the top four spots. I just think voiding the campaign devalues that competitiveness and excitement which has made the Premiership one of, if not, the most engaging league in the world.

But it is not just the on-field results which will matter for these clubs. Financially, a number of Premiership teams will be struggling due to the coronavirus outbreak so the need to generate revenue, whether that be from ticket sales or broadcast deals, could be crucial. The fact that the majority of clubs lose money each year might make restarting the season even more significant.

Northampton Saints centre @RoryJHutchinson has praised the wonderful work of the NHS + he talks about staying sharp, his hopes for the lower divisions and online gaming with his teammates.

Legally, there will also be contracts in place with sponsors and other commercial parties so clubs will want to honour these. Voiding the season could have long-term ramifications for the bigger picture of Premiership rugby.

Obviously, player welfare has to come into the conversation. Right now, players from all clubs have seen their day-to-day routine halted by the Covid-19 pandemic and having spoken to the likes of Rory Hutchinson, Harry Williams and Tom Cruse in recent weeks, the overwhelming view is that they are itching for the action to return as soon as it is safe to do so.

However, issues about the health and fitness of players will arise if you do see out the rest of this campaign. This is because the players have a mandatory five-week post-season rest in the ’12 week-window’ between the Premiership final and the start of the new season. Further complications around player contracts expiring after June 30th as well as salary cap regulations would also need to be solved.

So, with all of this in mind, we have to be creative when it comes to the actual logistics of finishing this current term if completing the full season cannot be done. There isn’t going to be a perfect solution, but TRU’s Max Ashcroft has come up with a reasonable and potentially achievable way of concluding the 2019/20 campaign.

PRL have reportedly come up with a number of different contingency plans and realistically, I don’t think you will be able to fit potentially 11 weeks of rugby into the calendar. Whilst I don’t want them to cut their losses and end the season now, they should determine the Gallagher Premiership champions by having a play-off weekend.

Right now, it means the likes of Wasps and Bath would miss out on the top four but for Exeter, Sale, Bristol and Northampton, they will get the chance to compete for English rugby’s biggest prize. The play-offs would be played over a weekend (when it is safe to do so), but this would be at an undisclosed location. The reason for that is, if you held it at Twickenham, how would you stop fans turning up and standing outside the stadium? It could be chaos.

From a team’s perspective, they would sign NDA’s (non-disclosure agreements) to help things run as smoothly has possible before testing players and staff to makes sure they are healthy. Clubs would then isolate themselves in a ‘World Cup’ style camp. I’d suggest this happens over a month period and we should break it into blocks in order to protect player welfare.

So, the first week would allow players to build up their fitness and intensity again whilst week two would be allocated for a rest period. The final weeks would then see the players train towards the semi-finals and final.

As mentioned above, no fans would be able to view the play-offs inside the stadium but this is when broadcasters such as BT Sport step in. They could document the progress of all the teams over the month whether that be player diaries, interviews, videos of training etc and roll out all of that content before the play-off weekend. This, in turn, would keep fans engaged leading up to the final which would be shown live on BT Sport whether that be via remote control cameras inside the stadium or with camera staff, presenters and pundits on the ground.

First and foremost, I think the reason that the Premiership should be cancelled, rather than continuously postponed, is so that rugby is united. With every league below the Premiership finishing up with their action for the season, the continuation of the top division really does just emphasise the growing gulf between the Premiership and the rest of the rugby pyramid.

The financial implications would of course be huge, but with the flashy CVC Capital Partners backing them, there is no reason that the league’s ownership group couldn’t contribute to keeping struggling clubs afloat, much like the RFU are planning to do with teams below the first division.

In 2018, CVC bought into the Premiership, staking £200m for roughly 27% of the league and since then, have been trying to make further waves in rugby, hoping to purchase the Six Nations and putting the premiere northern hemisphere competition behind a pay-to-view system on Sky Sports.

Exclusive: CVC Capital Partners, a private equity firm, has gained an unprecedented influence over European rugby after striking a deal worth more than £300 million for a share in the Six Nations, reports @owenslot https://t.co/Dce8zGvEkz

This would of course be done for CVC to recoup their earnings for purchasing the competition, but also is representative of the deep pockets the group has. Reportedly hoping to invest £300m into the Six Nations in February, if the investors want to have a functioning Premiership next season, they shouldn’t just draw out the clubs suffering. Let them get ready for a new season.

I understand all of this is very easy for me to say. So easy. I can’t claim to be adept at making good financial decisions, I bought a PlayStation with my student loan one year, but I am pretty confident that CVC would be keen to see the current teams in the league be financially secure and able to compete in a new season.

It is now well known that the Premiership is barely held accountable by the RFU, the league seemingly standing alone, so they need to step up to be above and beyond. With rumours of ringfencing increasing when CVC became shareholders, the way that the league owners take care of the teams could be extremely informative as to how a ringfenced competition would look.

If CVC look at this as Groundhog Day, they can reset the clock on what professional rugby in this country looks like. Support the team like no one else has before and set the stall out for what the future could look like in a couple of years’ time. Seize this opportunity to ensure the future you want to see.