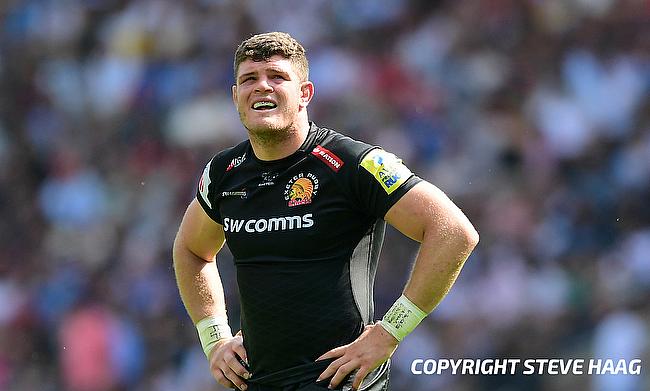 Exeter Chiefs flanker Dave Ewers will face an independent disciplinary hearing on Tuesday after he was cited following his yellow-card incident during the recently concluded Gallagher Premiership game against Sale Sharks.

Ewers was sin-binned by referee Karl Dickson in the 34th minute during the encounter at Sandy Park for a high hit on Simon Hammersley.

A possible ban will see the 30-year-old miss the play-off and possibly even the final if Rob Baxter's men go past Sale Sharks in the semi-final on 19th June.

Meanwhile, Ewers will be joined by his team-mate Sam Skinner, who was red-carded in the same game after his shoulder made contact with the head of Sale's Faf de Klerk.

Despite the sin-bin to Ewers and red card to Skinner, Exeter made a stunning comeback in the second half to edge out Sale Sharks 20-19 which saw them secure a second place finish in the table and also a home advantage during the play-off.

Earlier, Exeter director of rugby Baxter credited the players for their performance against Sale Sharks last weekend and is now looking forward to the semi-final.

“To come out and win that game, given the position we were in, there are not many teams that are going to do that. It’s a great credit to the players.

“But it is going to run out if we keep thinking we can shift our game so much from half to half, because sooner or later, teams are not going to let us do that.

“It is a semi-final now, an all or nothing game.”