Scott: 'You have to have interests outside of rugby - you’d drive yourself mad otherwise' 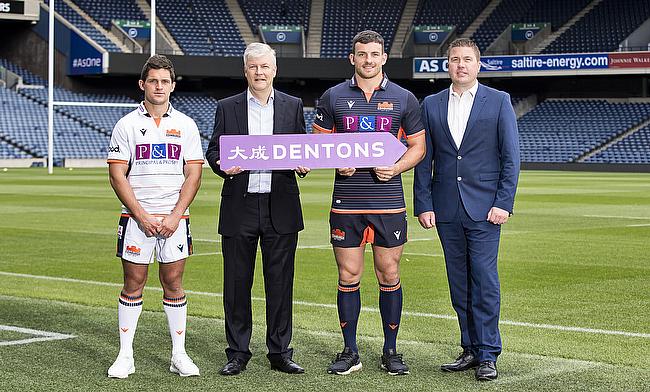 A new leaner and energetic Matt Scott is champing at the bit to get the season started with Edinburgh Rugby after something of a false start to his second spell with his hometown club last season.

Now 28, Scott has always been keen to pursue other interests outside of rugby and indeed was juggling a law degree at the University of Edinburgh with his burgeoning sporting career when he first broke into the pro ranks at the capital club back in 2011.

Since then he has completed his law studies, made 62 appearance for Edinburgh between that year and 2016, played for Gloucester for two years between 2016 and 2018 and has 39 Scotland caps under his belt.

And off the pitch his other interests have continued, starting a postgraduate MBA whilst based in England at the University of Gloucestershire and continuing with the qualification on his return to Edinburgh last summer.

The resumption of studies at Napier University only lasted around a month before he suffered a head knock last October, but he still plans to return to them when the time is right and he also has an interest in property development.

Was a pleasure to speak about my rugby journey and experiences at the @currie_chieftains Youth Dinner on Friday night alongside my Dad and brother. Exciting times ahead for the club that gave me everything in rugby. Despite not making the Super 6, the club looks like it is going to be even stronger next year which is amazing to see ????

“You have to have interests outside of rugby - you’d drive yourself mad otherwise,” Scott told TRU ahead of Edinburgh’s first pre-season match with London Scottish at BT Murrayfield on Saturday.

“It is so important to focus on something else, just so you are achieving something else with your life .I was doing a postgrad last year, but I had to stop because I was getting headaches all the time and I couldn’t concentrate so it was really difficult.

“I’d started and done half of the modules in Gloucester and then moved back up. I had just started term for four weeks or so up here before my concussion so I never really got going at Napier, but I intend to pick it up again.

“I got two weeks off over Christmas because I couldn’t train, but that was over the 1872 Cup games [when Edinburgh take on old rivals Glasgow Warriors] and I live just near [Murrayfield] so I could see everyone going to the games, same with the Six Nations while I was sitting there doing nothing and it was quite tough.

“When you are a pro player under the age of 24 or 25 you feel like you have got forever, then you get a bit older.

“It does get a bit scarier and as you get older the more injuries you pick up - I’ve seen guys give up the game, especially with concussion - so you have a season like I had last year and you just think ‘I really need to make sure you make the most of whatever years [in rugby] you’ve got left.”

“I feel like I have so much more energy now”

Scott, who went to the 2015 World Cup with Scotland, started 2018/19 back at Edinburgh under Richard Cockerill with a bang.

He played the first few games and forced his way back into the Scotland reckoning for the November Tests before a head knock suffered in October against Toulon in the European Rugby Champions Cup derailed him.

“It was horrendous,” he said back in April recounting the injury that would, in the end, keep him out until March.

“It couldn’t really have happened at a worse time because it was just after the first round of European games and we were going into camp for the Autumn Tests.

“Basically, I got a forearm to my head on the stroke of half-time. I wasn’t knocked-out, but I remember thinking that it was quite a big blow to my head.”

Five months later he was ready to return to the fray and he played his part in the last few games of the campaign, but he did not feel his usual energetic self.

He was left scratching his head as to why that was the case, but he then realised that he was too heavy to play the kind of rugby he had become known for over the years.

Welcome back, Dentons! ? . The world's largest law firm have today extended their partnership with the club for a further three years!

As a result, he has been working hard over the summer and the former Currie Chieftains man said: “I finished the end of last season and I had put on a lot of size.

“When I had been injured, I had done a lot of gym sessions and I hadn’t realised it myself, but I was far too heavy and I finished the season at 110 kilos.

“When I was that heavy I wasn’t playing to my strengths, I was running over people rather than making outside breaks.

“I feel like I have so much more energy now. I am ready for matches now, I have been smashing all my previous best running times and shed a few kilos and I just feel lighter and a lot more mobile so I am excited for the games to come.”

With the Pro14 season beginning on September 28th for Edinburgh against Zebre, at the same time, Scotland will be preparing for their second World Cup match against Samoa.

Scott has not played for his country since 2017 against the USA, but still harbours hopes of making an international return and he admits it has been hard watching from the outside as the World Cup gets closer.

“It is always tough [not being involved],” he said.

I don’t think until I hang up my boots I’ll be comfortable with not making the squad or with watching Scotland games when I’m not involved.

“I’m competitive and I want to be there, but I’m realistic in the sense that I recognise that I had a really bad injury last year and I missed the Autumn and Six Nations so that made it really difficult for them to pick me.

“In my head, I had three or four games at the end of the season where I could have come back and made a case and I just didn’t do enough.

“I support the boys and I hope they do really well. A lot of my close friend will be in the squad for Japan so I’ll be cheering them on like every other Scotsman.”

Matt Scott was speaking at BT Murrayfield on Wednesday as Edinburgh Rugby and Dentons extended their partnership that will see the world’s largest law firm continue to feature on the collar of the team’s playing jerseys for the next three years.

Dentons - which has Scottish offices in Edinburgh, Glasgow and Aberdeen - joined the Edinburgh Rugby sponsorship family in 2018 and will now continue as the club’s Official Legal Partner until at least 2022.