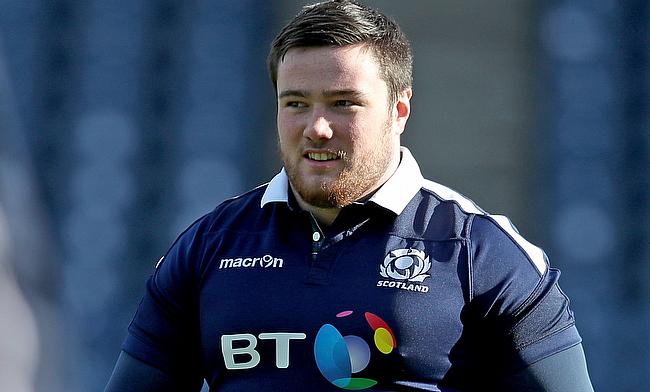 Zander Fagerson was red carded during the game against Wales
©PA

Scotland will miss the services of Glasgow Warriors prop Zander Fagerson for the remainder of the Six Nations tournament after he was handed a four-week ban.

The 25-year-old was red-carded during the previous round clash against Wales after his shoulder made contact with the head of Wyn Jones and his absence proved decisive as Gregor Townsend's men succumbed to a 24-25 defeat in the encounter at Murrayfield Stadium.

Fagerson appeared before a Six Nations disciplinary panel comprising of David Hurley (Ireland), Becky Essex (England) and Stefan Terblanche (South Africa) on Tuesday and accepted he had committed a foul but was against the red card decision.

However, the panel deemed Fagerson's act warranted a red card and the sanction had an entry of mid-range with a suspension of six weeks that was reduced by two weeks taking into account the mitigating factors.

"The Disciplinary Committee heard evidence and submissions from Mr Fagerson, the Scotland head coach, Gregor Townsend, and legal counsel, Bruce Caldow (as well as from Six Nations’ legal representative). The Disciplinary Committee found that Mr Fagerson had committed an act of foul play (an infringement of Law 9.20(a) and that it had warranted a red card," read a statement from Six Nations.

"The Disciplinary Committee found that the act of foul play warranted a mid-range entry point (six weeks’ suspension) and reduced that by two weeks to take account of mitigating factors (including his admission of foul play, good disciplinary record and remorse). Mr Fagerson is therefore suspended for four weeks and, given his playing schedule, he will miss the three Scotland matches in the Guinness Six Nations Championship against France, Ireland and Italy, and one further match to be determined.

"He was reminded of his right of appeal".

Scotland currently are at fourth place in the Six Nations table with a win and a defeat apiece in the two matches and will face France next on 28th February in Paris.