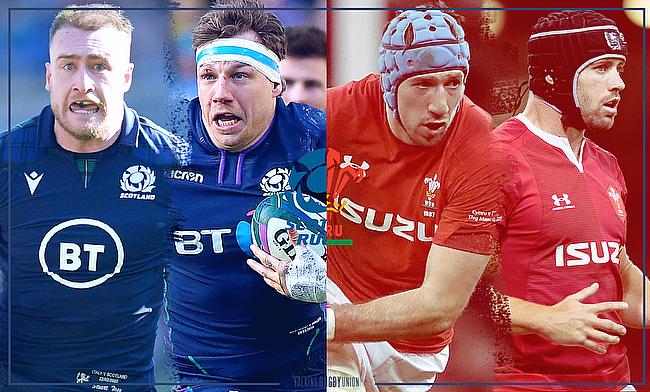 Scotland make three changes for clash against Wales
Price is getting it right: “Ali does everything with a smile on his face”
Wales face injury crisis ahead of Scotland clash
Hogg’s band of brothers are playing for each other and their families - and it showed against England

For the last couple of years, Scotland’s players have been aware that they need to start putting in good performances away from home as a team if more of their squad members are to be involved in the British & Irish Lions selection discussion.

However, winning in Llanelli against Wales a few months ago and defeating England on their own patch to start the 2021 Six Nations suggests they have slowly begun to do that.

They also know consistency has been an issue and captain Stuart Hogg and his charges will be keen to back up their 11-6 victory against Wayne Pivac’s Wales this weekend.

If they do just that, it might make Lions head coach Warren Gatland write down some of their names in pen rather than pencil as he looks towards the series against South Africa later in the year.

Scotland head coach Gregor Townsend said on Thursday: “We would love to have as many players as we can get on that Lions tour.

“The way to do that is to have really good team performances and team victories. That will put individuals in our team in better positions to go on the tour. If we can back the Twickenham result up over the next few weeks then that will really help our players’ chances.”

So, let’s take a look at some of the individual match-ups that we will see at BT Murrayfield on Saturday involving players who will be in the Lions’ conversation.

Two great competitors, two players with big boots on them and two guys who know each other well from previous Lions tours.

Stuart Hogg and Leigh Halfpenny got their own personal Six Nations for 2021 off to very good starts last week and both back threes look exciting ahead of this one.

Full-back Hogg will be flanked by Duhan van der Merwe and Darcy Graham while fellow number 15 Halfpenny will have the available again Liam Williams and Louis Rees-Zammit for company in the back field for Wales.

Hogg is Scotland’s captain and is leading by example right now while Halfpenny brings a calmness to Wales’ play.

The former will want to make a third Lions tour having had to return early in 2017 due to injury, but do not rule out a fourth tour for the durable Halfpenny.

This battle of the opensides really is a tasty one.

Hamish Watson just seems to be getting better and better. Last week at Twickenham, it was perhaps fitting that he was the man to kick the ball into the stands at full-time because he had been everywhere in the 80 minutes.

“Hamish has been in great form for the past couple of seasons,” Townsend said. “He is very consistent with his tackling, his ball carrying is exceptional and he is really engaged in all aspects of our game.

“He is one of our older and more experienced players now and you see that in his games. We're loving how he takes the game to the opposition in attack and defence.”

He will have his hands full with Justin Tipuric though, who has been there and done that. The 31-year-old was immense against Ireland in round one of the Six Nations last weekend. He has two Lions tours already under his belt and will want to complete the set later this year.

“Obviously, Scotland are favourites for the game and aiming to win the Six Nations. They’re playing at home and will want to continue their form,” Tipuric said this week. "We know it’s going to be a tough game so we need to go up there and make sure we perform to the best of our ability.

“They have absolute quality back-rowers. We know how tough a game it is. You know every breakdown, tackle and carry is going to be a tough one.”

Tighthead prop Zander Fagerson of Scotland will be up against Wales’ loosehead prop Wyn Jones at scrum time this weekend. They may not be fighting for the same Lions jersey, one after number one and one after number three, but how they go versus each other will have a bearing on how their chances are viewed.

Having been around their respective international set-ups since 2016 and 2017 respectively, both of these guys have plenty of experience under their belts and have matured into very good Test match front-rowers.

Fagerson has learnt a lot from working alongside the experienced tighthead WP Nel, who is on the bench for this match, while Jones had one of his best games for his country against Ireland last time out.

He may be a farmer, but there was nothing agricultural about the prop's fine performance today.

There is no doubt that both are at the peaks of their careers and while they might not say it out loud just yet, Lions call-ups will be on their respective radars.

Fagerson packs down with Rory Sutherland and George Turner to start this one with Jones joined in the front-row by Ken Owens and Tomas Francis.

There are many other players on both sides who will be looking to make Gatland sit up and take note on Saturday afternoon - the contrasting styles of opposing 10s Finn Russell and Dan Biggar for example while Scotland’s second-row pairing of Scott Cummings and Jonny Gray will try and outfox wily old campaigner Alun-Wyn Jones - and it should be a fascinating contest.

Scotland v Wales in the Six Nations kicks-off at 4.45pm on Saturday and is live on BBC