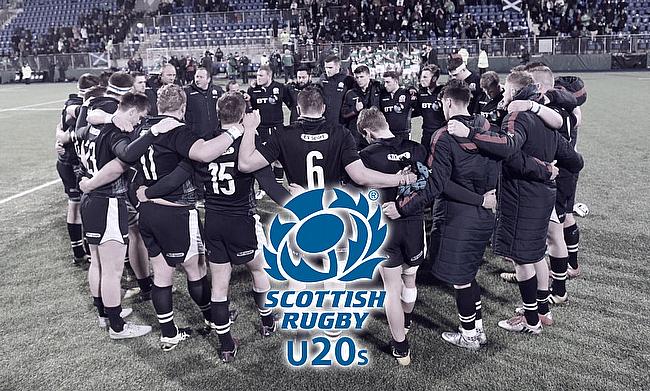 Something is happening this year that has not happened in a long time.

A Scottish age-grade side are gearing up for a global competition with expectation to be in the mix for the trophy, rather than battling it out at the bottom of the tournament.

In their eight Junior World/World Rugby U20 Championships, Scotland’s highest finish was the 8th place they managed to secure at least year’s event and more often than not, they have been in the bottom bracket of the tournament, flirting with relegation on an annual basis.

However, that is not the case this year, with Scotland U20 coach John Dalziel assembling a formidable and experienced squad for the tournament in Manchester next month.

Tighthead prop Zander Fagerson, who won his first senior Scotland cap in this year’s Six Nations, is included in the squad, as are fellow Glasgow Warrior forwards Scott Cummings, who captains the side, and Matt Smith. Rounding out the impressive pack is Edinburgh’s Jamie Ritchie, who will embark on his third U20 Championship.

Fagerson’s experience at PRO12 and test level will help him anchor Scotland’s scrum, whilst Cummings was a man apart in the engine room during the U20 Six Nations and singled himself out as not only a future Scotland international, but also an extremely competent leader on the field.

The flanker pairing of Smith and Ritchie is as good as any at the tournament. The duo packed down together in Scotland’s historic win over England in this year’s U20 Six Nations but Ritchie was subsequently required by Edinburgh and missed the rest of the tournament. With those two back together at the U20 Championship, Scotland’s defence will likely prove as stern a test as it did to England on that day at Broadwood Stadium.

There is more reason for optimism in the back line, also, where Adam Hastings, Rory Hutchinson, Robbie Nairn and Blair Kinghorn are all present.

Hastings, who will start at fly-half, has already tasted senior rugby with Bath in this season’s Aviva Premiership and like Ritchie, had to leave the U20 Six Nations due to club commitments. It is no coincidence that Scotland’s bright start to the tournament diminished somewhat with Ritchie and Hastings out of the squad but with no club rugby next month, it is not something Dalziel will have to worry about at the U20 Championship.

Hutchinson has been a mainstay of recent Scotland U20 sides and provides a second kicking option outside Hastings at inside centre, whilst Nairn and Kinghorn bring plenty of attacking threat to the back three and both players have experience of the tournament having featured prominently in last year’s edition.

One thing working against Scotland next month will be the pool they have been assigned to.

They have been drawn with hosts England, perennial underachievers Australia and Italy in Pool B. In years past this would have been an easy pool to call, with England hot favourites, Italy certain for bottom spot and Australia considerable favourites to beat Scotland and ensure a higher playoff seeding, possibly as the best runner-up in the competition.

Things aren’t quite that simple this year and it’s actually one hell of a pool.

This may be the best Scottish U20 side since the U20 category was created in 2008 and they are in the mix to win the group. Australia have put together a strong squad themselves, which recently saw them split a two-match series with the reigning champions, New Zealand. England, meanwhile, have welcomed a number of key players into their squad who were unavailable due to club commitments during the U20 Six Nations. The likes of Harry Mallinder and Johnny Williams were standout Premiership performers amongst senior players and international stars, and have the potential to be among the stars of the tournament. They have also been able to include a host of injured players who missed the U20 Six Nations.

In fact, the only thing about Pool B that is certain this year is that Italy will have to suffice with bottom spot and they will be in the relegation bracket once the pool stage is over.

Given how competitive and tight Pool B looks, it’s hard to foresee a best runner-up making it out of the group and only winning the group could be enough to make the semi-finals.

Scotland have an opportunity to record their best ever showing at the U20 Championship in June, but by the same token, the competiveness of their group could see them slip to the 8th/9th positions that they have become accustomed to in recent years. That wide spectrum of possible finishes makes this a fascinating campaign for Scotland.

Dalziel’s dark horses are just one of the many reasons why this year’s U20 Championship should be one of the most compelling yet.