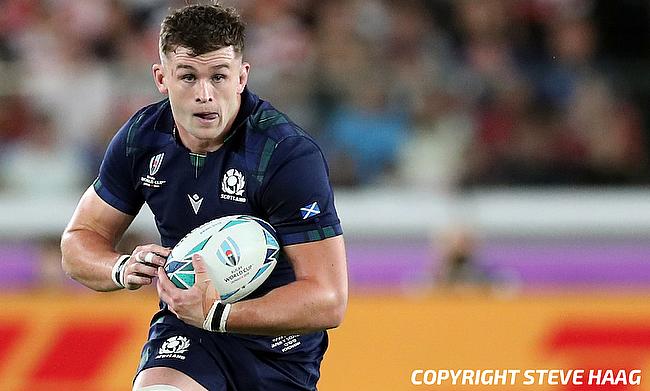 Magnus Bradbury is back in Scotland line-up
©Steve Haag

Scotland head coach Gregor Townsend has made three changes for the final round of the Six Nations tournament against Wales to be played in Cardiff on Saturday.

Edinburgh's Magnues Bradbury returns to number eight slot as Nick Haining is unavailable for the encounter due to illness while Exeter Chiefs' Sam Skinner starts for the first time this season as he swaps place with Scott Cummings in the second row with the latter dropping to the bench.

The final change in the XV sees Stuart McInally, who was one of the try-scorer in the game against France gaining a promotion from the bench to swap place with Fraser Brown joining the replacement list which has a new addition in Matt Fagerson as Haining is unfit.

"We set out this season to improve our consistency over a run of five tough games, something we have done well so far," Scotland head coach Gregor Townsend said.

"We've stayed in the fight in every game, which is a credit to how hard the players have worked in training and during the Tests.

"We've still got a lot to improve on and we'll have to fight even harder on Saturday in Cardiff, which is one of the best and toughest places to play Test rugby."