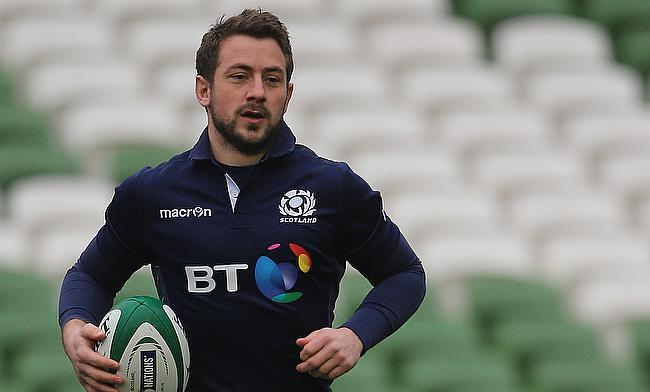 Greig Laidlaw has been named on the bench
©PA

Scotland head coach Gregor Townsend has made five changes to the starting line-up for the fourth round of the Six Nations clash against Wales to be played at BT Murrayfield Stadium on Saturday.

Skipper Greig Laidlaw will be on the bench with Ali Price preferred at scrum-half with Townsend hoping to make the latter's experience in the later stages of the game.

"Greig, having started in our last six games, is a key member of our squad, although this week we have decided to utilise his leadership and experience off the bench," Townsend said.

"He is driven by a desire to win for his country and he should have an important role to play in the latter stages of the match."

Finn Russell makes a return from a head injury forcing Peter Horne to move inside centre while Darcy Graham makes his first start for the Dark Blues in his third Test. WP Nel returns at tighthead prop at the expense of Simon Berghan.

Sam Johnson has been left out of the matchday 23 squad following Horne's switch to inside centre and Stuart McInally will take the reins of the side. Saturday's game will also be special for Glasgow Warriors duo Jonny Gray and Tommy Seymour as they are set to make their 50th Test appearance for Scotland.