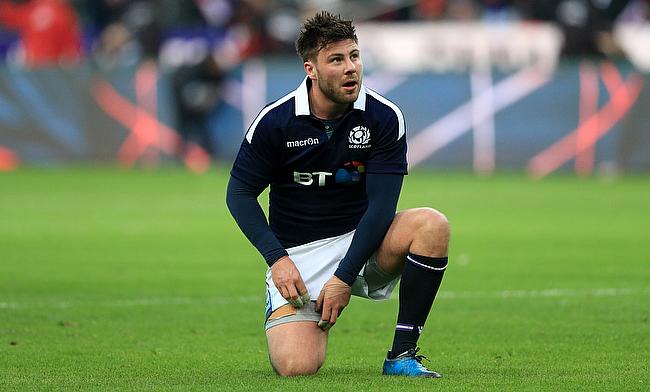 France registered their first win in the ongoing Six Nations tournament as they defeated Scotland in Paris with a 27-10 margin on Saturday.

The win has lifted France to the third position in the table with six points while Scotland's second successive defeat means they slip to fourth place with five points that came during their victory against Italy in the opening round.

France thought they got their first try early in the game through Damian Penaud but was denied by the referee after Antoine Dupont was found to have knocked on during the build-up to the try.

Nevertheless, they opened their account in the 13th minute when Thomas Ramos breached the defence of Scotland to feed Romain Ntamack, who was making his first start at fly-half to dive over the line. The full-back also kicked a conversion and a penalty as the home side took an early 10-0 lead.

Scotland had a chance to open their account at the end of the first quarter but a penalty kick from Greig Laidlaw struck the post. However, he got his second kick in the 26th minute right as Scotland reduced the trail to seven points.

France suffered a setback when Yoann Huget was yellow-carded close to the half-hour mark for playing the ball on the ground but Scotland did not make any use of the numerical advantage as the teams ended the first half with a 10-3 scoreline.

Huget made an impact straightaway on his return after he crossed over early in the second half for an unconverted try to take France's lead to 12 points. However, it was a deadlock following the try from Huget as both the teams struggled to score a point until replacement Gregory Alldritt went over the line in the 75th minute.

Two minutes later Ali Price scored a consolation try for Scotland but France went on to attain the bonus point Alldritt scoring his second in the final minute to complete a 27-10 victory for Jacques Brunel's men.