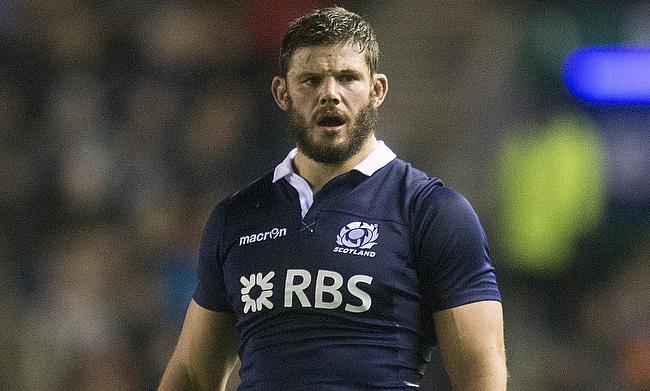 Scotland international Ross Ford has announced his decision to retire from professional rugby with immediate effect.

Ford is the most capped player for Scotland with 110 Tests between 2004 and 2017 and has featured in 2007, 2011 and 2015 World Cups apart from a solitary appearance for the British and Irish Lions that came during the 2009 tour of South Africa.

The 35-year-old will now take up a role bringing on the next generation of young Scottish players in the Scottish Rugby academy.

“I always enjoyed the S&C side of things. It was always a big part of my game and it was something I was good at," he told the official site of the team.

“Later in my career I took a big interest in it and it became something I wanted to do after I finished playing, so I was really keen when this opportunity came up, especially being a Borders lad as well.

“There’s a lot of talent here so if I can help them develop and make this one part of their game world class then, hopefully, they’ll come through and go on to bigger and better things.

“I’m looking forward to getting in there and passing on some of the things I’ve learned and show a level of work ethic they can follow and stand them in good stead to be the best player they can be, setting the tone wherever they go.

“I’d like to think I’m in a good place to pass a lot of that on so it’s quite an exciting time. It gives me something to go into with a lot of energy and will allow me to keep getting a buzz from the game.”

Ford's professional rugby debut came for Border Reivers in 2004 and had a brief stint with Glasgow Warriors before joining Edinburgh in 2007 and overall has made over 300 appearances in his domestic career.

“I’ve been very fortunate. I’ve had a long career in the sport and have been able to represent my country at the highest level, playing in a lot of great places around the world.

“I’ve met some characters along the way and overall just feel very lucky to have played a sport that I love and make a living in the process.

“I never had any specific targets in mind, it [reaching 110 caps] just kind of crept up on me. I recognise it as a big achievement but it’s just something that came hand-in-hand with playing the sport.

“Mossy [Chris Paterson] got over 100 and Sean [Lamont] is up over 100 as well. I never set out to get to get certain number or beat them. I just kept playing because I was enjoying it.”