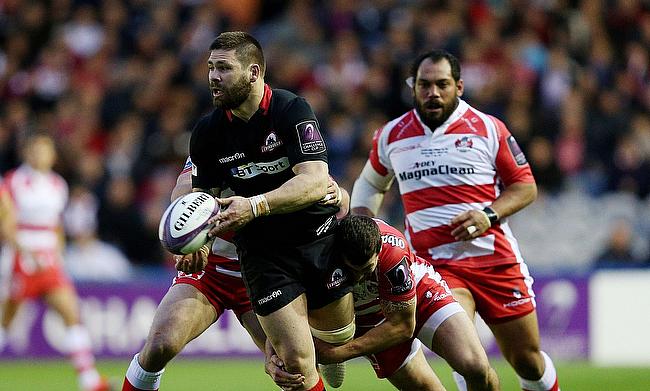 Scotland international Cornell du Preez has committed his immediate future with Worcester Warriors after signing a new deal until the end of the 2021/22 season.

The former South Africa Under 20 international made his senior debut for Currie Cup side Eastern Province Kings in 2012 with his Super Rugby debut for Southern Kings coming in 2013.

He made a switch to Edinburgh ahead of the 2013/14 season and on his maiden year with the Scottish regional side, he racked up 23 appearances and went on to win the 'Newcomer of the Year' award. During his time with Edinburgh, du Preez worked under Alan Solomons, who is currently the director of rugby of Worcester Warriors.

His association with the Sixways outfit started ahead of the 2018/19 season and has featured in 13 Premiership games since then.

“It was a pretty easy decision. The club have looked after me pretty well, especially when I was injured,” he told the official website of the club.

“I just felt it was the right thing to do. I think this club has a lot of potential and it’s something that I want to be a part of.

“We have a close squad and it’s a good environment to be around. There’s a lot of competition for places and it keeps everybody on their toes.”

Du Preez, who has played six Tests for Scotland in 2017 and 2018 combined becomes the 11th player in recent times to extend his stay at Sixways and Solomons expressed his delight over the news.

“I have had the privilege of coaching Cornell since 2012, first at the Kings in Super Rugby and then at Edinburgh and now here at Sixways,” Solomons said.

“Cornell is an exceptional player. He has terrific skills, a good rugby brain and is as tough as nails. Not many players would have come back after the horrific injuries he has suffered.

“Not surprisingly, he has played international rugby for Scotland. I am absolutely delighted that he has decided to extend his stay here with us at Warriors. He is a great bloke and I look forward to us continuing our long rugby journey together.”

Worcester Warriors are positioned sixth in the Gallagher Premiership table with four wins from seven games.