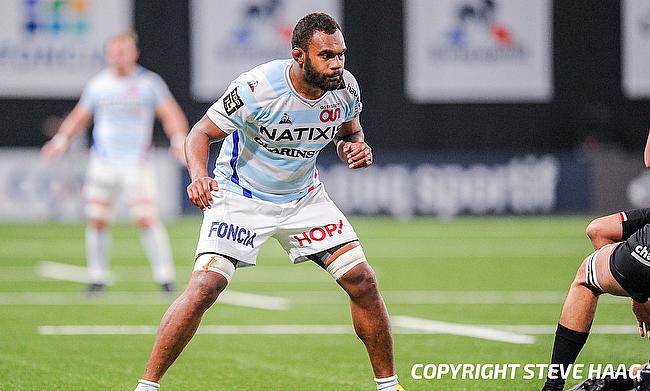 Fiji international Leone Nakarawa is set to make a return to the Glasgow Warriors after signing a deal with the Pro 14 club until the end of the ongoing season.

Nakarawa made his senior debut with Glasgow Warriors in 2013 but switched to Racing 92 three years later. He went on to make 86 appearances for the French club in which he scored 23 tries but was suspended in November after he reported late to the club on his return from World Cup duty for Fiji.

He went on to win the European Player of the Year award in the 2017/18 season and also helped Fiji 7s clinch a gold medal in the 2016 Rio Olympics.

"I’ve remained close with my ex-teammates during my time in Paris and they played a big role in my decision to come back," he told glasgowwarriors.org.

“I’m really looking forward to working with Dave Rennie and the coaching staff. Glasgow Warriors play an attacking style, which suits the way I like to play.

“The pitch may be different but I can’t wait to see some familiar faces in the crowd when I run out at Scotstoun”.

Nakarawa has been capped 62 times for Fiji at the international level and was part of the 2011, 2015 and recent most 2019 World Cup campaigns as Glasgow Warriors head coach Dave Rennie believes the 31-year-old's inclusion will be a big boost to their side.

“We’re rapt to welcome Leone back to Glasgow.

“Everyone knows how dangerous he is with ball in hand and Glasgow supporters have fond memories of his previous exploits in a Warriors jersey.

“Since his move Leone has continued to develop as a player and was named the European Player of the Year for the 2017/18 season.

“He is close with a lot of the players and we’re looking forward to welcoming him back into the squad this week.”

Glasgow Warriors are positioned fourth in Conference A table of Pro 14 and will lock horns with Benetton Treviso at Stadio Monigo on Saturday.