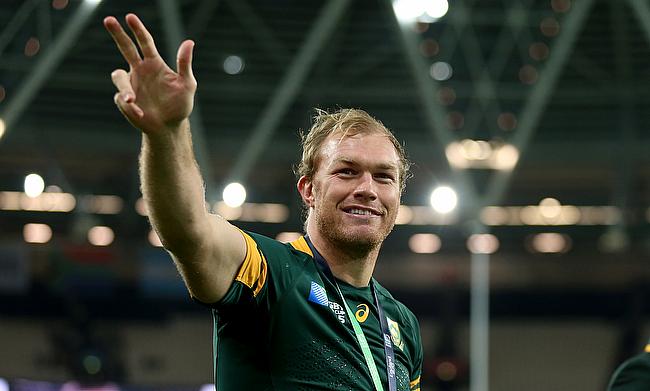 Former South Africa flanker Schalk Burger's fightback from a life-threatening illness to continue playing the sport he loves has been one of the most inspirational stories around.

Burger, who has been a part of the 2007 World Cup winning South African team, is into his last phase of his rugby career after being signed by the English Premiership club Saracens on a two-year contract.

In his preparation for the 2013 Super Rugby season for the Stormers, Burger suffered a calf strain following which the scan revealed a cyst next to his spinal cord impacting the nerve. During the surgery, the 33-year-old developed bacterial meningitis, which at one stage was life-threatening, but after spending 18 months out of the game, Burger made a successful comeback.

Recalling the "horrific" period, the IRB Player of the Year in 2004 said his love for the game helped him overcome the struggle.

"I suppose what happened makes me relish the moment," said Burger, who will start Saturday's Aviva Premiership opener against Worcester, said.

"I was out of rugby for almost two years and by that stage, at 30-years-old, you've played a lot of rugby because you can't get away from it.

"Being able - not through nice stuff - to get away gives a you a new lease of life. All you want to do is play the game.

"You get time to reflect and in hindsight it has extended my career. But I never want to go through anything like that again. It was horrific."

With his dual contract with the Stormers and the Japanese club Suntory Sungoliath coming to an end in the summer, Burger revealed that he wanted to challenge himself in the intense competition of the Aviva Premiership before ending his glittering career.

"There are two schools of thought. Some people like to slow down and doing Japan only would have been an option, but I wanted to challenge myself a bit more," the 86-cap veteran said.

"You realise you've only got x number of games left, so you want to play in what is one of the better competitions in the world in England and Europe.

"The competitive fire has always been there so as you get older the game is the part that stands out for it. The biggest challenge is recovery.

"I played international rugby up to last autumn's World Cup and then did Super Rugby and went decently there too, so I'm quietly confident that I'll go well.

"I want to challenge myself. I don't want to slow down. If I had wanted to slow down I'd have gone somewhere else. I can't wait to get out there."