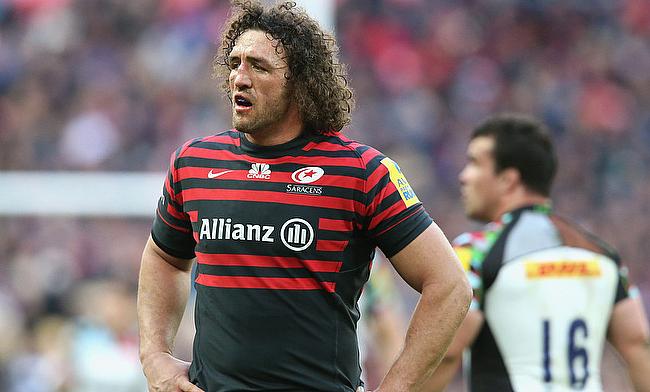 Burger, 32, joined Saracens in 2009, while he captained Namibia and played in three successive World Cup campaigns, winning a total of 41 caps.

He established a reputation as one of the toughest tacklers in world rugby, and he was among the Premiership's most consistent performers during his time in England.

"Sunday will be the end of something really special for me," said Burger, who will return home to Namibia and begin a career as a farmer.

"It is sad that it's coming to an end, but I've said this before, playing rugby is something that I have really loved doing.

"Growing up as a child, I wanted to be a professional rugby player, and I have been fortunate enough to have the opportunity to live that dream. It's been an amazing journey.

"I have loved every minute at Saracens, as it's been like home from minute one. It has been an incredible ride."

Saracens rugby director Mark McCall paid a glowing tribute to Burger, adding: " Jacques has been an amazing player and person for Saracens.

"He set a phenomenal example on the field with his bravery and the way that he gave everything he could in every game that he played.

"He will always be remembered as one of the true greats of Saracens, and hopefully we can give him the send-off he so richly deserves on Sunday."