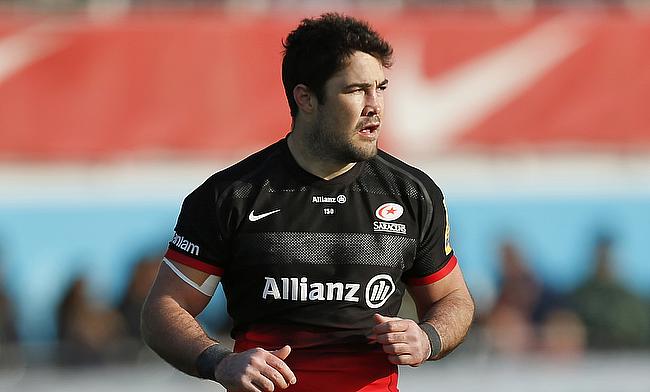 Saracens scored a seven-try riot as they sealed a home semi-final spot with a 14-51 win over London Irish in their Aviva Premiership encounter in Reading.

Saracens now have 72 points from 21 games which assures them of the second spot in the table while London Irish will now be relegated from the top tier with Bristol replacing them in the next season.

London Irish started the game with a huge setback with Josh McNally sin-binned in the 11th minute and six minutes later Owen Farrell kicked a penalty goal to get the Sarries off the mark.

London Irish returned back to full strength but the visitors upped the ante with back to back tries from Brad Barritt and Duncan Taylor in the 22nd and 26th minute to take the tally to 0-13.

The first point for the Exiles came in the half hour mark when Joe Cokanasiga crossed over and at the stroke of half time, Johnny Williams also dotted down as the first half ended with a close margin of 14-16.

London Irish though struggled to maintain the tempo but Mark McCall's men dominated when mattered the most with second half tries from Michael Rhodes (50'), Marcelo Bosch (56'), Richard Barrington (71'), Alex Goode (78') and Schalk Brits (80'+2) with Owen Farrell slotting all five conversions to complete the 14-51 victory.

"It's good to get him back on the park. We'll try to give him as much game time as we can next week, start him I'm sure against Gloucester next weekend, all being well. It's a shame it's a fallow weekend after that," Mark McCall said about Billy Vunipola.

"He'll be a bit nervous next week, he's only played three games in total this year. He's done a hell of a lot of rehab, so it's good to get some of the walking wounded back.

"I don't think anyone sees it, but it was really tough when he broke his arm. He was very emotional straight after that.

"But he just believes that whatever will be will be, things happen for a reason but now he's back and doing what he likes best. We've got a training week the week after Gloucester and we'll make that week as tough as it needs to be."