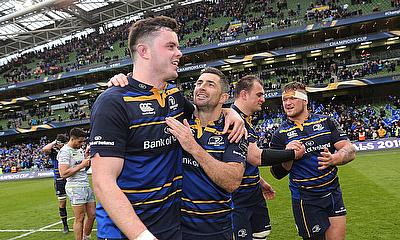 Saracens disappointingly crashed out of the Champions Cup 30-19 to a strong team performance by Leinster and with that defeat, ending English Club interest in the tournament.

Sarries captain Barritt said after the game: It’s not something we’ll forget quickly, but we have the opportunity now to make a success of the rest of the season.

“Hopefully this will galvanise us as a group and we can put all our effort into achieving something in the Premiership.

“Leinster were better on the day and deserved the win. They’re very good and the level we played at was higher than anything else we’ve faced this season.”

Although at the halfway stage there was little between the two sides, Saracens were behind 13-12, however, a rush of 10 points and a fantastic try by  Dan Leavy put Leinster through and dumped the tournament favourites out .

Sarries rugby Director Mark McCall added: “Leinster are outstanding and were the best team in the pool stage. When we analysed them, there weren’t many weaknesses to find. They were very good against us and defended really well.

“They have some players who can hurt you in attack as well, so they’re a very good all-round team. They were just too good for us.

“Ireland winning the Six Nations probably had some effect on them. I’m sure Leinster benefited from have their Ireland players in great form physically and mentally.”

“There was definitely space on some of the short sides. Saracens defended very hard on Johnny, particularly in the first half,” Cullen said.

“They were playing him … which is the best way to describe it. They were going aggressively at him, so there was going to be space for somebody else.”