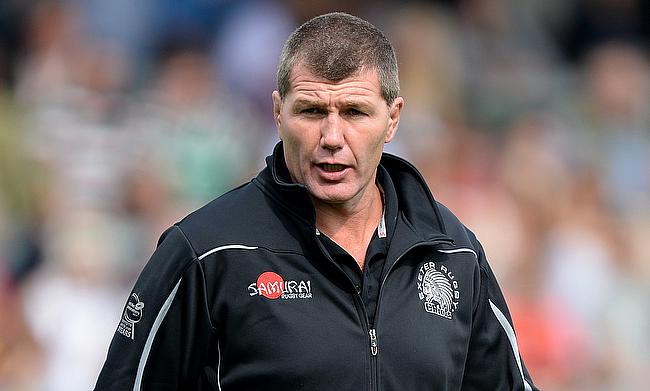 Exeter Chiefs have announced that Argentine back-row Santi Grondona has penned a new contract with the Gallagher Premiership club.

Grondona was named in the Jaguares side for the 2020 Super Rugby season and had a short stint with Newcastle Falcons before joining Exeter Chiefs in November on a short-term contract until the conclusion of the 2021/22 season.

Having featured for them in eight games this season, the 23-year-old has signed a new deal with the Devon club.

“It’s incredible news for me, because I am enjoying everything so far and, hopefully, it will get even better next year.

"Since arriving, the club, Sandy Park, the boys, it’s all been amazing and I am learning new things every day from the coaches and the other players.

“Right now, we are in an important moment in the tournament. We’re in the top four, pushing hard and needing to win, so we’re preparing for every game like a final.

"Being here, I know the Premiership is a very tough league with very good players, but it’s what I want to do.”

Grondona has also played four Tests for Argentina that came in 2020's Rugby Championship campaign and Rob Baxter is pleased to have his services extended.

"Santi came here initially on what you would call an 'opportunity contract' because we had a few injuries," said Chiefs director of rugby Rob Baxter.

"We have only really scratched the surface in terms of what Santi can bring to the team. Although he looks good at the moment, the growth and the development of him as a player is massive. For us, it was an easy decision to extend his stay.

"We know he will want to go away and play with Argentina and we obviously want him to play well enough for us to get selected by Argentina, but we also know he will come back and be available for large parts of the season, including through the Six Nations period."

Exeter Chiefs are positioned fourth in the Gallagher Premiership table with 11 wins from 20 games.