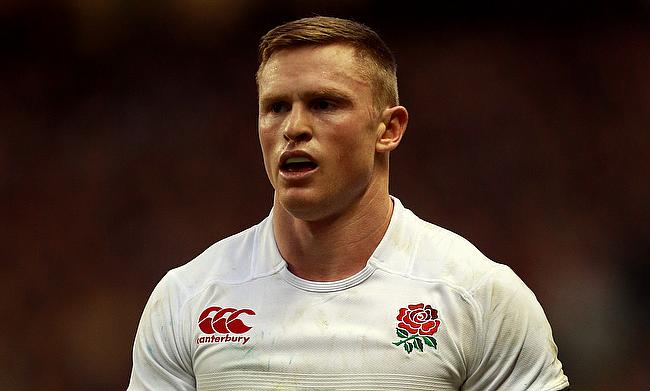 Chris Ashton scored a double as Leicester Tigers came up with a strong first half performance to beat Exeter Chiefs 22-17 in the latest round of the Gallagher Premiership at Sandy Park on Sunday.

This is 17th win for Leicester in 20 games as they consolidated their position at top with a 12-point lead over second placed Saracens which guarantees them a top four finish while Exeter Chiefs are at fourth with 57 points.

Leicester got off to a promising start as a crossfield kick from George Ford found Ashton as he forced his way over in the 6th minute. The conversion from the England fly-half went wide as the visitors had a 0-5 lead.

Exeter were reduced to 14 players temporarily with Jacques Vermeulen sin-binned in the 24th minute for a deliberate knock on and with the numerical advantage on their side, Ben Youngs kicked the ball deep into Exeter 22 and Olly Woodburn combined with Freddie Steward allowing the latter to touchdown.

With Dan Kelly kicking the conversion, the visitors completed the opening half with a 0-12 lead.

Leicester extended their momentum into the second after Ashton completed his second in the 45th minute as he picked off Ian Whitten's pass and ran in from 40 metres but the visitors' momentum was hampered with Nemani Nadolo sin-binned for a deliberate knock on in the 50th minute allowing an opportunity for Exeter.

The 54th minute saw Dave Ewers burrowed from close range to get Exeter off the mark and Joe Simmonds kicked the conversion to make it 7-19. A penalty kick from Burns in the 63rd minute helped Leicester extend their lead to 15 points which proved enough as Exeter managed a 71st minute try from Patrick Schickerling followed by a conversion and a penalty apiece from Simmonds.