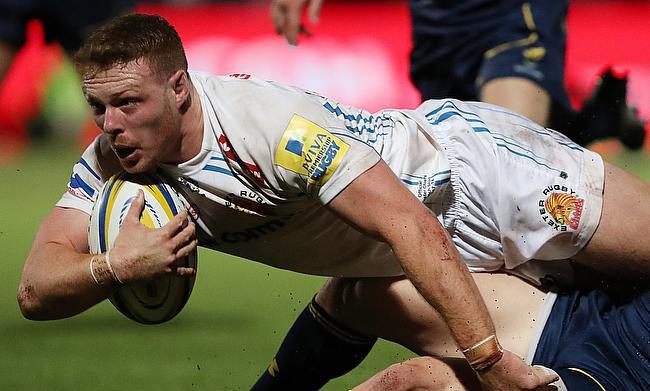 TRU's Six Nations: XV of Round 4
How the National Leagues are ‘massive’ for the development of young talent
Ankle surgery sidelines Saracens prop Mako Vunipola for up to 10 weeks
Flanker Jack Willis called up to England's Six Nations squad

England’s 15-32 loss to Ireland in the Guinness Six Nations has put a slightly different spin to the complexion of this week.

Should Eddie Jones’ team have been the victors in London, then the side could be competing to lift the trophy against a France team that come into this week in pole position.

It is simple; if France win, they win a Grand Slam and a first Six Nations crown since 2010. Ireland can win also, but they will not only have to beat Scotland in Dublin, all whilst hoping for an England win.

In some ways, coming into this final weekend it is like looking at a duck on a lake.

At the very top of the table, it is smooth sailing, the teams below pedalling vigorously away to deal with issues that have either plagued them the entire tournament or cropped up during it.

Italy face many of the same questions, Wales are trying to figure out what has gone wrong in a year, as Scotland fail to live up to expectations once more.

Although it is only Tuesday, the team have been fighting fires on all fronts, with Eddie Jones facing another baptism of fire at the conclusion of this campaign.

Yesterday, the 62-year-old told BBC 5 Live that he thought that his being Australian might be counting against him, with plenty of people calling for his head.

What his nationality truly has to do with anything is up for debate, the matter at hand being how best to finish the Six Nations on the highest note possible prior to evaluating what comes next for the men’s national team.

As much as England have won two games during the tournament, Jones’ team have been on the whole underwhelming.

Charlie Ewels’ early red card last weekend stacked the odds massively against Andy Farrell’s Ireland, who will be without James Ryan this weekend, and much of the English performance was stubborn, the side eventually run ragged by their opponents.

Across the four games, England have scored seven tries. Five of those scores came against Italy, the attack that was free flowing against Tonga, Australia and South Africa, stunted against Northern Hemisphere teams early this year.

“Obviously I haven’t been involved in the last five campaigns, I guess the way people perceived England was that they didn’t attack too well and didn’t have too many good ideas outside of what they were doing at the time,” Sam Simmonds said.

“But Glees [Martin Gleeson] has come in and just added different ideas, different ways to attack teams. On the weekend, it was tough.

“Because, when you go down to 14 men against a very strong side, you can’t attack from everywhere, where the media or fans want an England team to attack and ask why aren’t we attacking.

“When you play against a good side you take risks. Sometimes these 50/50s or 60/40s, the risk is too high to take. I felt like we played the game we needed to on the weekend.

“Going forward, we definitely want to have more of an identity in attack. It will definitely add to my game. I don’t want to be running into brick walls all the time, and the players around me know that.

“I want to be in space and attacking the wider channels, or holes, rather than brick walls. It is something that we are working on. It hasn’t clicked properly yet, but we are getting better in training, better in games, and it is the identity of when we can do it and when we can’t.

“You only get certain opportunities in big games when defences are good, so it is probably more working on how we can identify when we can attack, where we can attack and then making that split second decision and going straight into it.”

Heading to Paris today, Eddie Jones has already cut down his initial squad of 34-men to 28, a day after the group gathered.

Jack Willis has been sent back to the West Midlands, whilst Jamie Blamire and Max Malins have been cut from the side that took on Ireland.

Intriguingly the Harlequins duo of Luke Northmore and Louis Lynagh have been included in the side, Wasps’ Alfie Barbeary also travelling with the team to the French capital.

Tom Curry, who began the Six Nations as England captain, sustained a hamstring injury, meaning there will be a back-row reshuffle at the Stade de France.

Eddie Jones has retained a 28-player squad to travel to Paris for England’s Six Nations match against France.

Sam Underhill is the most likely player to take on the openside jersey, but Simmonds himself has played numerous games in the position, whilst Alex Dombrandt filled in there at the weekend after Curry left the fray.

With France being so aggressive at the breakdown, these selections could be hugely influential on how the 80 minutes play out.

Having come up against several French clubs in recent months in the Champions Cup, Simmonds has not only gone toe to toe with several of his upcoming opponents but knows the challenge at hand this weekend.

“They are a team that are unbelievable over the ball,” he said. “If you are slow to the breakdown in any breakdown, they have probably got 10 players across the board in their 15 that love to go at the breakdown hard and are very good at it.

“I feel like throughout the tournament we have been pretty good at clearing rucks and stuff like that, but I feel like this weekend is another step up. They have got players that are very good at it, and love to do it, so that is something we have talked about.

“They were good at it when we played Toulouse and any French side are pretty good over the ball, so that is something we have talked about this week, that we can’t leave it to chance.