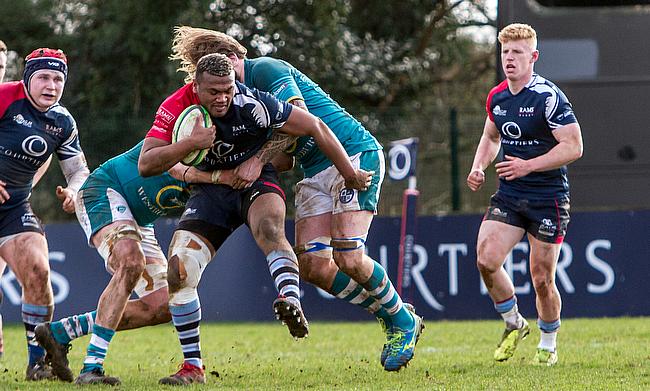 London Irish has always had one of the most productive academies in the Gallagher Premiership.

In years gone by, the Exiles have provided numerous players to the international sides of England and Wales, and there is a whole new generation of talent coming through the ranks at the Hazelwood Centre that are getting invaluable game time in National One and National Two.

Charged with wrangling that young talent is Patrick O’Grady, the club’s Academy Manager. Nearing the end of his seventh season with the club, and his sixth in his current role, the former Esher RFC scrum-half knows all about the benefits of the National Leagues.

Offering young players the opportunity to play men’s rugby for the first time, as well as to not rest on their laurels at the weekend, O’Grady says that the Academy players benefit hugely from the experience in levels three and four.

“We get regular game time and exposure for young lads coming through, which is a massive part of their development,” O’Grady said.

“With National One and National Two teams being semi-professional, it gives us the opportunity and flexibility for the lads to train here during the day with the senior academy and with the first team, whilst also training with their loan clubs in the evening to be able to play on a Saturday. Really, it is the best of both worlds.”

This season, Seb Reynolds’ Rams have taken on two players from London Irish as the men from Reading compete at the head of National One by utilising the young professionals and maintaining their strong ethos of developing and promoting homegrown talent.

Both Michael Dykes and Tarek Haffar have followed in the footsteps of lock forward Chunya Munga, who turned out for the Old Bath Road outfit as recently as 2020 before getting his opportunities at London Irsh. An England call-up also came his way in the summer of 2021.

These success stories are a dime a dozen at the Brentford Community Stadium right now, with former Rosslyn Park loanee Ollie Hassell-Collins regularly called into Eddie Jones’ England squad, whilst first-team stars Ben Loader and Ben Donnell spent time at Esher and Tom Parton had a spell at Henley before playing in the Championship with London Scottish.

“The lads who genuinely invest in not just the Academy, but their loan club, are the ones that tend to flourish and there are so many examples of that,” O’Grady explained. 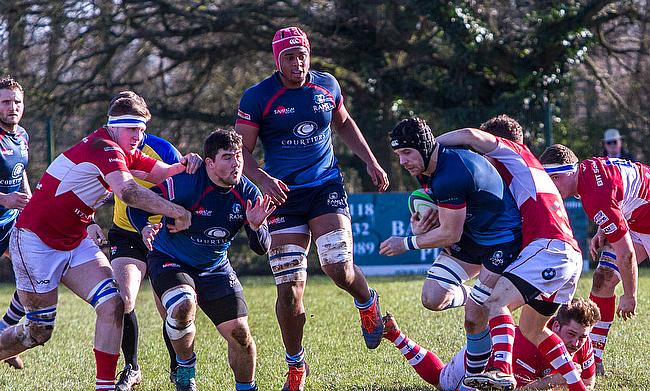 “I wrote down 12 names here of lads in the last four or five years who have gone through, and really immersed themselves in that loan club environment.

“The ones that do that, do go on and flourish. We are very fortunate that 99% of the lads in the last few years have really shown an invested interest in their loan club, bought into how they do things, become a part of the team and the culture there.

“That has then led to consistent selection and consistent performance, which has ultimately helped their development.”

Last Saturday, Rams were on their bye week with their last outing being a narrow loss to Sale FC at Heywood Road. Dykes came off the bench that day in the North-West, the back three player watching on as James Robins’ late penalty handed the home side a win.

But whilst Dykes had a weekend off, the same couldn’t be said for Joe Vajner and Phil Cokanasiga in National Two South, the pair contributing to Esher’s 81-7 win over Westcliff. Teenage fly-half Monty Bradbury also started for Henley at Worthing with Alex Harmes playing outside of him.

“I am sure they enjoy that, and the players within the club can then associate themselves with London Irish and say ‘he played for us a couple of seasons ago’ before being in the mix in the Premiership or even being selected by England.

“I think it is great that everyone is working together before the end goal of allowing players the best playing opportunities to develop.” 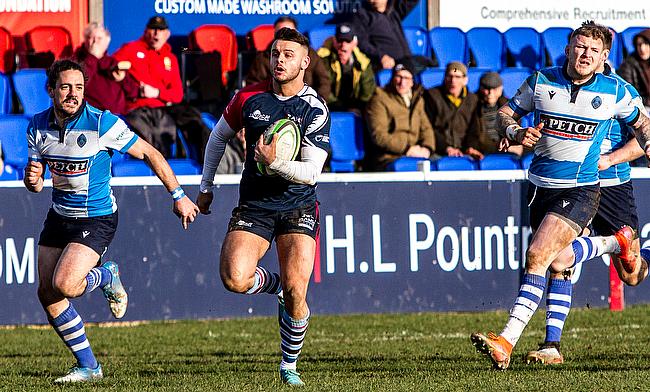 The 2021/22 season came after an unprecedented period of time off for National League Rugby clubs. Such were the effects of Covid-19 and numerous lockdowns in England, community sport finally made its return after grinding to a halt in March 2020.

Such were the Covid protocols at the elite level, young players were unable to be sent to community clubs to play with only a handful of Academy fixtures arranged between the Exiles and other Premiership teams as a means to provide much needed minutes on the field.

However, despite the pandemic having some effect on the National League season, the campaign is now approaching an exciting climax with Friday night’s fixture between Rams RFC and Chinnor an opportunity for players in the third tier to showcase the quality in the division.

O’Grady has been enthused about this return to the field with the likes of Dykes and Haffar making the very most of their opportunities with the team they have been assigned to.

“What I have been pleased about his year is probably how well and how quickly boys have adapted to playing consistently week in, week out,” O’Grady said.

“They have adapted to the teams they are playing with, the environment, the tactics are slightly different, the different coaches and I just think that gives them a whole different life experience that is invaluable.

“For me, that is one of the main reasons they go out on loan. Yes, to play, but also to experience away trips where they stay overnight, mixing with adults, being coached by different coaches, maybe not having everything perfect and set out for them for a training session or for a game. That makes them appreciate this environment because of their experiences elsewhere.

“Loads and loads of positives, and I have been pleased to see the lads back up, playing the game they love after 18 months without much game time.”

Watch the stars of tomorrow and National League Rugby regulars in action on Friday night as Rams RFC take on Chinnor in our first-ever Live Stream fixture.