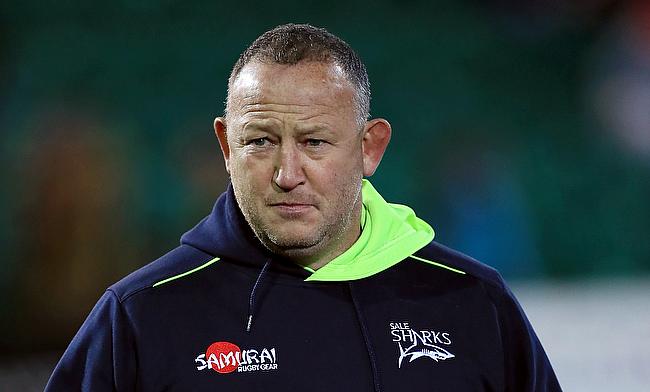 Robert du Preez contributed with 17 points as Sale Sharks went on to beat Wasps 28-18 in their Gallagher Premiership face-off at AJ Bell Stadium on Friday.

The win has taken Steve Diamond's side to the second place in the Gallagher Premiership table with 11 points while Wasps are at ninth place with five points.

Even though Robert du Preez started the proceedings for Sale Sharks with a penalty goal, they suffered an early setback with fullback Simon Hammersley sin-binned in the seventh minute.

Wasps capitalised on the advantage with Sione Vailanu crossing over in the eighth minute and Lima Sopoaga kicked a conversion and a penalty goal making the scoreline 3-10.

Just as the home side returned to full strength, Daniel du Preez provided them relief as he went over the line in the 18th minute with his brother Robert adding five more points as the teams completed the first half with a 13-10 scoreline.

The third quarter saw Robert kicking two penalty goals with Zach Kibirige touching down in between making the scoreline 19-15 before Robert and Billy Searle traded penalties as the gap between the two teams remained four points that increased by another three points after Aj MacGinty 's first penalty goal in the 75th minute.

Meanwhile, Sale Sharks' Josh Beaumont had a nasty knee injury and was rushed to the hospital after leaving the field on a stretcher in the 65th minute.

The 78th minute saw both the players reduced to 14 men with Sale Sharks' Valery Morozov sin-binned and Wasps' Paolo Odogwu red-carded while MacGinty with his second penalty goal ensuring the home side complete a 10-point victory.

“Today was quite similar to most of our performances this year – we have just not got the luck of the draw in our other two games," said Sale Sharks director fo rugby Diamond.

“I thought we played well in patches but we’re still not consistent - there were a couple of penalties from scrums that we weren’t happy with early doors, but that’s the way it goes.

“I thought we controlled the second half pretty well and I thought we were unlucky with that try from Embrose Papier in the first half – I don’t know what he’s supposed to do.

“It wasn’t a flowing game and it wasn’t great to watch as a supporter or to watch as work and I’m coming away disappointed really and no doubt some fans are. The result’s great but the performance wasn’t fantastic.”