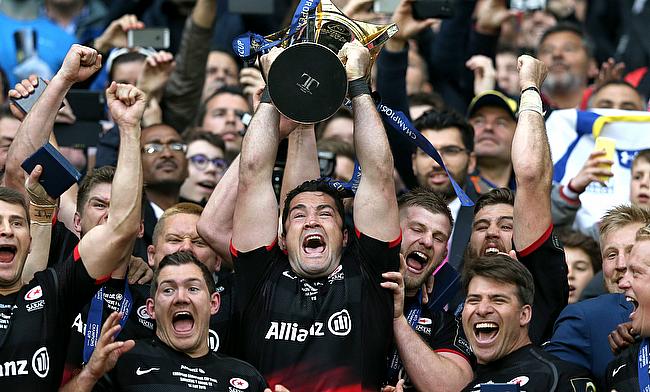 Exeter Chiefs chiefs executive Tony Rowe believes Saracens should be relegated from the Gallagher Premiership following their breach in the salary cap rules.

The Allianz Park outfit have been docked 35 points in the ongoing season and also were fined £5.36m following a nine-month investigation by an independent panel on the arrangements made between the club owner Nigel Wray and some of the players.

It was also reported that Saracens failed to disclose the player payments for the last three seasons.

Saracens have now appealed against the decision failing which they will be pushed to the bottom of the Premiership table with -26 points which is 30 behind 11th placed Bath Rugby.

Meanwhile, Rowe reckons the penalty handed for a severe breach in the salary cap is less and a fair punishment would have been relegation.

"We, for a number of years, have suspected they've been infringing the salary cap," he told BBC Radio Devon.

"But I don't think the penalty is severe enough. You take away 35 points this year - they could still be in the semi-finals and could still end up at Twickenham in the Premiership final.

"Relegation - in professional sport in America, if you're in breach of the salary cap you get thrown out completely."

Exeter Chiefs went on to reach the finals in the last four consecutive seasons of Premiership in which they won the title for the first time in the 2016/17 edition but lost the other three to Saracens.